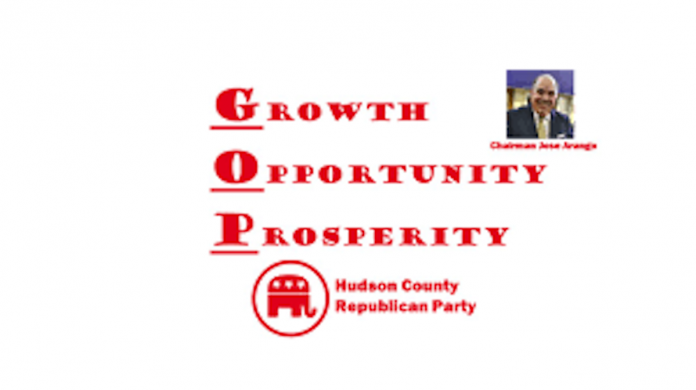 Jersey City-The Hudson County Republican Committee is proud of its endorsed candidates’ showings on Tuesday, starting with our great Republican nominee for Governor, Jack Ciattarelli, on down all the way to our county committee people.

“I am so pleased an overwhelming number of Hudson County Republicans voted for Jack, who will win in November. Jack will start a new, happier chapter for New Jersey and the Republican Party. But he needs a team and our Hudson County Republican team will be there today and every day to support him and common-sense conservative values,” said County Chair and state Chair of Chairs Jose Arango.

The unopposed winners yesterday were for State Senator, Neil Schulman, Juan Barbadillo and Agha Khan. For Assembly, Rose Javier, Brandon Vila, Marisela Rodriguez, Tamara Claudio, Marcos Marte and Jacob Curtis all won unopposed. “I am pleased to be running on a ticket that will push new ideas and bring real representation to Hudson County,” said Marte.

Re-elected to state committee was Irene Kim-Asbury, who won a fourth term and Frank Miqueli, who won an open seat. “There is no question that Irene and Frank now speak for Hudson County. We are now the fastest growing county for Republicans in New Jersey. It is appropriate that we have two diverse, passionate and experienced advocates to help grow the state GOP,” Arango said.

At the “street” level, the county committee added dozens of seats while re-electing hundreds of committee people who have served the party well for years. One of the new committee people is Joseph Branco of Hoboken. “I am honored the voters in my district selected me to represent them and I look forward to helping grow the Party in Hoboken and throughout the county,” Branco said.

The next stop is the county reorganization. Due to a new state law delaying county reorganizations until after results are certified, the convention will be held Tuesday June 29th at 6PM at the Boulevard. Formerly Schuetzen Park, this venue is located at 3167 JFK Blvd in North Bergen. “I invite all county committee members, new and seasoned, to join us as we look forward to the promising future of the Hudson County Republican Party,” Arango concluded.