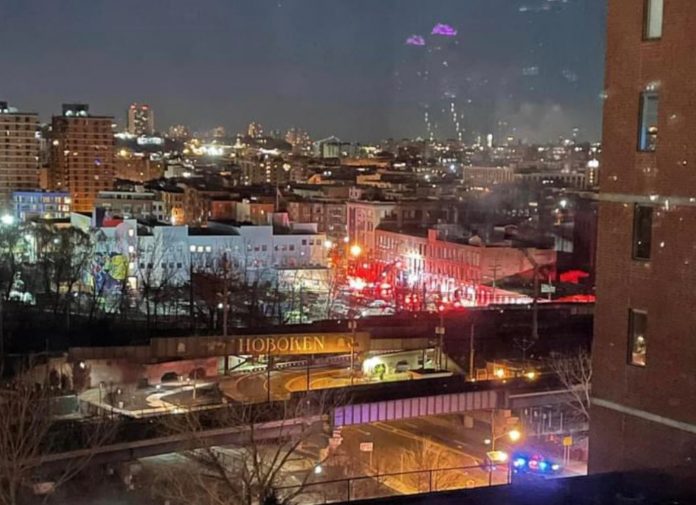 The Hudson County Prosecutor’s Office has released the name of one of the two victims from yesterday’s tragic warehouse fire at 38 Jackson Street in Hoboken.  According to Prosecutor Esther Suarez, the adult female victim who died on Monday, December 20 has been identified as 60-year-old Rose Marie Vos.

The identity of the second victim, a 61-year-old male, is pending notification of next of kin. Both victims were pronounced dead at the scene.   The cause and manner of death of the victims are pending the findings of the Regional Medical Examiner’s Office.

On Monday, at approximately 12:20 a.m., a Hoboken Police Officer while on patrol heard a loud explosion in the area of Jackson Street in Hoboken. First responders to the area found an active fire in a warehouse located at 38 Jackson Street. The Hoboken Fire Department responded and was assisted in extinguishing the fire by the Jersey City Fire Department and the North Hudson Regional Fire and Rescue Department. The fire damaged several surrounding buildings and several of the buildings sustained severe water damage.

“Yesterday, our community suffered a tremendous loss.  A week before Christmas, not only did the tragic fire at 38 Jackson Street damage dozens of businesses that operated there, but it also took the lives of two individuals.  At this time, the cause of fire is unknown and under investigation by Hudson County Prosecutors Office.  As soon as I receive more details I will share with you.
Please join me in keeping all of the victims and their families in our thoughts and prayers during this difficult time.”

During fire suppression activities, firefighters found the male and female victims in the warehouse. The Regional Arson Task Force is actively investigating this incident with assistance from the Hoboken Fire Department and Hoboken Police Department.