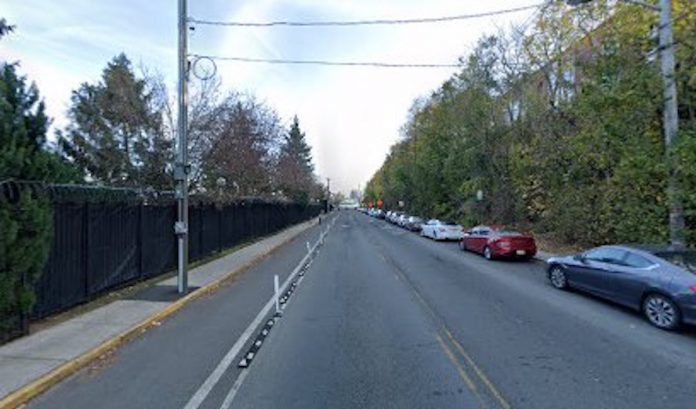 Dayan Flores, a 22-year old female from North Arlington, and 26-year old Danny Rivera of Newark, have been arrested by Hoboken Police after failing to stop at a red traffic signal.  According to Detective / Lieutenant Danilo Cabrera of the Hoboken Police Department , the two fce charges of DWI, failure to observe a traffic signal and resisting arrest, among other charges.

According to Cabrera, the incident took place at 1100 Sinatra Drive last night at approximately 10:10.  Sergeant Luke Zeszotarski and Police Officer Francis McCourt conducted a motor vehicle stop in the area of 1100 Sinatra Drive. Sergeant Zeszotarski and Officer McCourt had observed a white Honda Civic fail to observe a red traffic signal at the intersection of 14th and Hudson Street.

Officer McCourt approached the driver, who was identified as Dayan Flores 22 y/o Female from North Arlington, NJ. As Officer McCourt spoke with Flores, Officer McCourt suspected that Flores was under the influence of an intoxicant. As a result, Police Officer Rutkowski responded and conducted a field sobriety test on Flores.

Officer Rutkowski determined that Flores was unable to safely operate a motor vehicle and was placed under arrest for Driving While Intoxicated. As Flores was being placed under arrest, the front passenger started to yell and curse at the officers. Sergeant Zeszotarski attempted to speak to the passenger, identified as Rivera, and informed him to gather his personal belongings because the vehicle was being towed. Rivera continued to dismiss their request and interfered with the towing process.

Rivera was placed under arrest for Obstructing Administration of Law and Resisting Arrest. Both arrestees were transported to police headquarters for processing. Rivera had a failure to appear warrant out of Newark and was released on his own recognizance on said warrant. Rivera’s charges of Obstructing Administration of Law and Resisting Arrest were placed on a summons and released with a court date. Flores was issued motor vehicle summonses for Driving While Intoxicated, Failure to Observe Traffic Control Signal, and Reckless Driving. Flores was released to a responsible party.