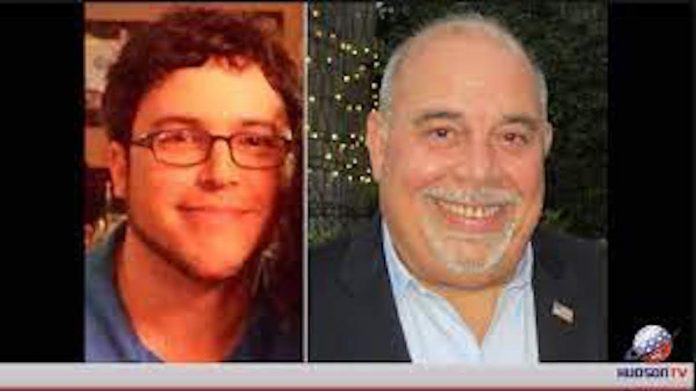 The second mailer, like the first, includes a short bio of Sotomayor Einstein’s Republican activism from present day, as a member of the NJ GOP State Committee, to his past years of leadership experience running GOP events, assisting Republican and Republican leaning organizations, his public advocacy of GOP positions, and his previous board positions in the New Jersey State and Hudson County Young Republicans. The other side has a completely new bullet point comparison between current Chair, de facto Democrat operative, Jose Arango, and NJ GOP State Committeeman Sotomayor Einstein.

“The second traditional palm card mail piece sent to GOP County Committee candidates, outlines the stark differences between my history of supporting Republicans and Arango’s history of broken promises and support for Democrats,” Sotomayor Einstein stated. He continued, “whereas Arango has abused his position as GOP County Chair to endorse democrats I pledge to support bylaws that will make it an impeachable offense for the County GOP Chair to endorse Democrat candidates. To all those Republicans who want a growing GOP in Hudson County and are tired of the over decades worth of lies from Arango, I say this – together we can make the Hudson County GOP Republican again!”