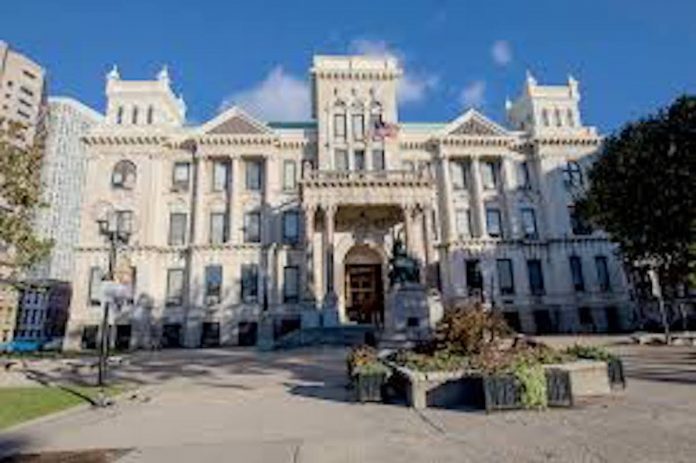 Scheduled for Introduction at Next City Council Meeting on November 29

Mayor Steven M. Fulop and the Jersey City Municipal Council have joined with the Jersey City Department of Housing, Economic Development and Commerce (HEDC) and Fair Share Housing, to announce an Inclusionary Zoning Ordinance (IZO) that establishes affordable housing mandates for increased access to low-income housing in Jersey City. The ordinance is scheduled to be introduced at the City Council meeting on November 29th and will be on track to be codified before the end of 2021.

Nationwide, housing shortages have resulted in rising rents and historic home prices, disproportionately affecting low-income populations.  Jersey City’s new ordinance will significantly increase the amount of affordable units throughout Jersey City.  The City’s IZO incorporated feedback from stakeholders so that appropriate flexibility exists to address concentrated wealth along with concentrated poverty in a thoughtful way with a goal of creating more housing and truly mixed-income communities throughout Jersey City.

Under the new ordinance, developments with 15 units or more in Census tracts above 120% Area Median Income (AMI) will require 15% affordability on-site. A 10% mandatory affordable housing set-aside will be required on-site for all development located within low- and moderate-income areas (below 120% AMI), as identified by the 2020 U.S. Census.

“We made a commitment during the campaign that this would be a priority for us, and we are reinforcing our words with action. This affordable housing ordinance aligns directly with our efforts to create an equitable and inclusive City, where our most vulnerable residents have the support and resources they need for enhanced quality of life,” said Mayor Steven M. Fulop.

The new ordinance requires developers to provide an affordable housing plan prior to building permits to ensure compliance. It will subsequently require a formal affordable housing agreement before the City can issue a certificate of occupancy.

The mandatory affordable housing units will be set aside for households with combined income brackets at 30%, 50%, and 80% AMI, as defined by Uniform Housing Affordability Controls (UHAC).

An earlier version of an IZO required 20% affordable housing units but was disputed for allowing the construction of community benefits in exchange for a reduced amount of affordable units on-site. Since then, the City has worked closely with Fair Share Housing over the past several months to establish an agreed-upon IZO.

“The inclusionary zoning ordinance proposed today by Mayor Fulop and the City Council’s leadership is an important and meaningful step in the right direction,” said Adam Gordon, Executive Director of Fair Share Housing Center.  “Once enacted and enforced, the ordinance will provide much-needed affordable homes integrated into new development for working families of all sizes and income levels in Jersey City. As rents and home prices in Jersey City and across the state reach record highs, it is critical that towns and cities enact policies to ensure that new development is inclusive and equitable so that working families are not displaced. We are committed to working with local advocates and elected officials to ensure that everyone that lives and works in Jersey City will have a safe, decent, affordable home — now and in the future.”

The Inclusionary Zoning Ordinance will require residential developers with projects over 15 residential units to follow the new provisions when they request more than four additional units or an additional 5,000 square feet of residential floor area through a redevelopment plan amendment/variance.

“We’ve worked thoughtfully and swiftly with our community partners on this Inclusionary Zoning Ordinance in order to promote the establishment of appropriate population densities and concentrations that will contribute to the overall well-being of our communities,” said Annisia Cialione, Director of HEDC.

In November 2019, Mayor Fulop established the Division of Affordable Housing to help residents navigate the oftentimes frustrating and complex process of obtaining affordable housing. The Affordable Housing Division, located on MLK Drive in the City’s Municipal Jackson Square Campus, establishes a one-stop-shop to help everyone looking for a place to call home, regardless of income.

The Inclusionary Zoning Ordinance is the Fulop Administration’s latest step in expanding access to affordable housing citywide.  The new IZO will be introduced at the next City Council meeting scheduled for November 29, 2021.  The virtual meeting can be accessed online here.