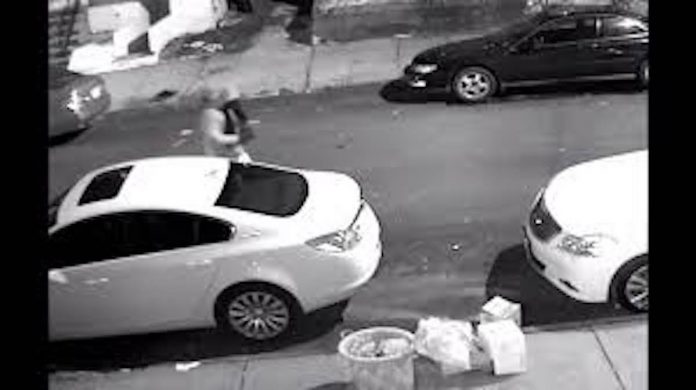 The US Attorney, District of New Jersey office in Newark, issued the following press release:

On Jan. 16, 2017, Brown and Shaw allegedly murdered a rival gang member with whom they had been feuding, as well as the gang member’s pregnant girlfriend and their own associate, who had accompanied them to commit the murders. Brown and Shaw used a stolen U-Haul truck and two-way walkie-talkie radios during the murders. They used their associate to obtain access to the rival gang member’s apartment. After entering that residence on Fulton Avenue in Jersey City shortly after 10:00 p.m., Brown and Shaw executed the rival gang member, shooting him in the back of the head, the left arm, and the right shoulder. They also shot the woman in the back of the head and the chest. As Brown and Shaw left, they shot their associate in the chest in order to eliminate the possibility that he would provide information to law enforcement.

Brown and Shaw each face a potential mandatory life sentences for each of the counts charging murder in aid of racketeering. For each count of discharging a firearm during a crime of violence, they face a potential mandatory consecutive sentences of 10 years in prison. The count of conspiracy to commit murder in aid of racketeering carries a maximum sentence of 10 years in prison. The counts of causing death through use of a firearm each carry a maximum sentence of life in prison.