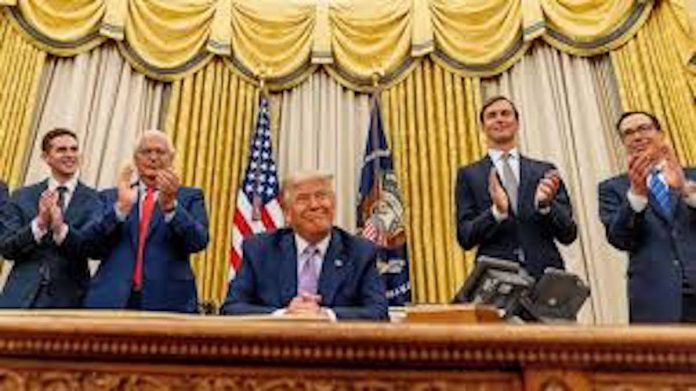 President Trump calls Thursday’s agreement between Israel and the United Arab Emirates to normalize ties and establish diplomatic relations an “historic agreement.”  The surprise announcement between the two, Middle Eastern nations includes a provision that Israel will not annex parts of the West Bank which it currently occupies.

The President told reporters the agreement will allow for more access to religious sites in Israel.  He added, “They will exchange embassies and ambassadors and begin cooperation across the board and on a broad range of areas including tourism, education, healthcare, trade and security.”

The Jewish Federation of Northern New Jersey is hopeful and encouraged with the historic peace deal announced today between Israel and the United Arab Emirates.  According to Lee Lasher, Federation President, “It is our hope that this agreement will lay the groundwork for other countries in the Middle East to consider building a mutually beneficial relationship with Israel and one that ultimately leads to peace for Israel and the entire region.”  Jason Shames, Federation CEO, added, “We are cautiously optimistic that this is next step in regional peace between Israel and her neighbors, all of whom deserve to live safely and securely.”

Israel has formal diplomatic ties with only two other Arab nations, Egypt and Jordan.  Peace treaties with those nations were signed in 1979 and 1994 respectively.