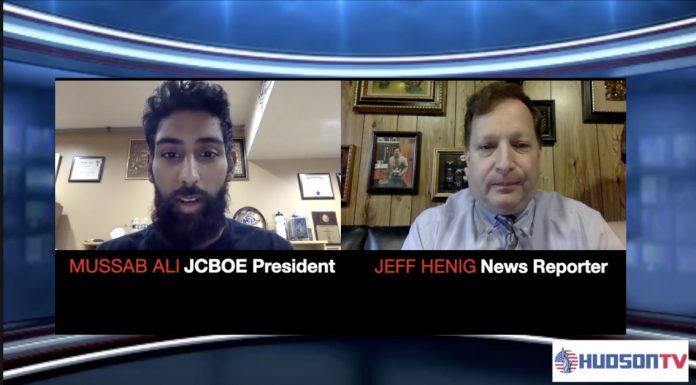 During Monday night’s virtual Jersey City Board of Education preliminary school budget hearing for the upcoming academic year, the news seemed bleak for local taxpayers.  Financial figures are still being worked on, but all indications point to a huge lack of state aid coming to the BOE, much like in recent years.  What this means is…bottom line…if you live in Jersey City expect your school tax levy to skyrocket.

Trustees are in agreement.  The 2021-2022 budget will face massive funding shortages.  Board President Mussab Ali says the current spending plan is already $57 million in the hole in terms of state aid, and every indication points to a state aid shortfall approaching $90 million for the upcoming school year in September.  In an email to Hudson TV this afternoon, Ali stated, “While we are very sensitive to the impact of the pandemic on working families across Jersey City, our schools will be forced to increase the tax levy. The State of New Jersey under Governor Christie prevented the Jersey City Public Schools from building a sustainable revenue source and now, under S2, is making unconstitutional cuts to our school budget at an unprecedented rate. As a school board, our top priority is the children of Jersey City and we will do everything possible to provide them an education that will allow them to achieve their version of the American Dream.”

Meanwhile, the Jersey Journal reports that the Jersey City Public School district could face a $300 million shortfall.  The newspaper reported on Tuesday that the Education Law Center believes the budget gap could widen by tens of millions of dollars.

President Ali says the district has been underfunded for decades.   Jersey City lost $3.5 million in state aid in 2018-19, $27.1 million the following year, and $55.3 million in 2020-21.  Additional state monitors have been brought into Jersey City to assist with the transition out of state control.  Trustees say the hope is the monitors will report back to the New Jersey Department of Education and tell them the negative impact the cuts in aid are having on Jersey City.

Last March, the Board of Education approved a $736 million budget that raised the school tax levy from $136 million to $189 million.  Unless some financial miracle can be found, that figure will be much, much higher in the coming year.

Not good news for Jersey City taxpayers.  The saga continues.