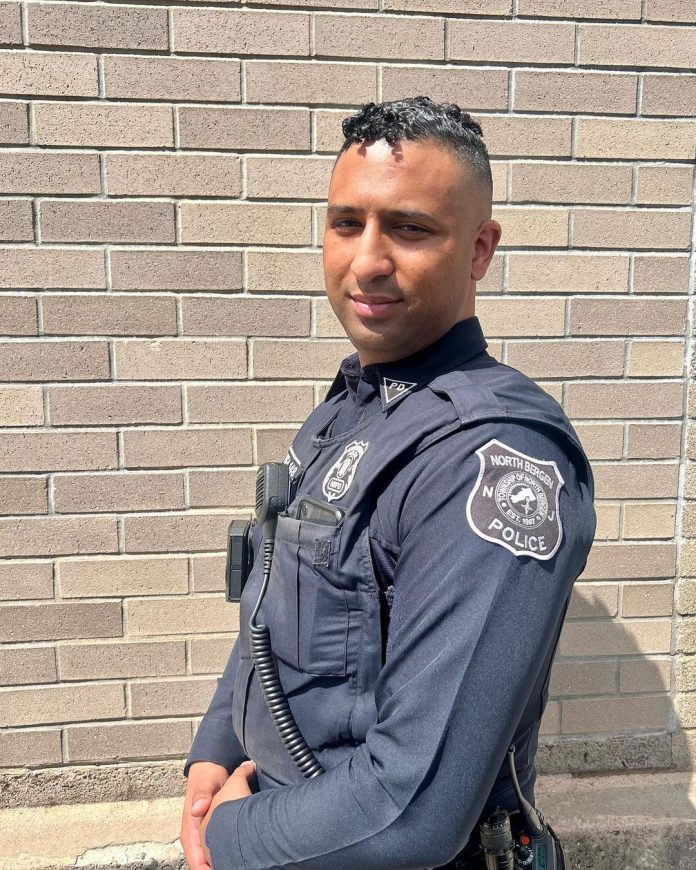 The Command Staff has selected Officer Jeffrey Vega as the North Bergen Police Department’s Officer of the Month for the month of March.
During Roll Call on March 6, 2022, two Squad Officers were provided with a BOLO (Be on the Lookout) from Union City Police Department for a person wanted in connection to a shooting that occurred within their jurisdiction. While patrolling in the vicinity of 13th Street and Paterson Plank Road, Officer Vega observed the suspect vehicle traveling southbound on Paterson Plank Road at a high rate of speed.  He conducted a felony motor vehicle stop and was able to safely remove the suspect from the vehicle and take him into custody.
Officer Vega’s vigilant patrolling lead to the apprehension of a dangerous offender.
Then, on March 8, 2022, Officer Vega was conducting a check of the area of 4100 Tonnelle Avenue, the location of recent burglaries and thefts. Officer Vega observed a male who is a known burglar within the department’s jurisdiction. He conducted a mere inquiry with the male.  Officer C. Bowen responded to the scene to assist Officer Vega. Together they used good tactics and investigative techniques.
During the investigation, Detective Castillo compared the live body camera footage to evidence collected from prior burglaries and thefts.  Det. Castillo was able to positively identify the male as the suspect from prior burglaries and thefts. The male was placed under arrest and was found to have outstanding warrants out of Hoboken. The search incident to arrest revealed he was in possession on burglary tools and drug paraphernalia.
This proactive policing stemming from a mere inquiry led to the arrest and clearance of multiple active investigations.