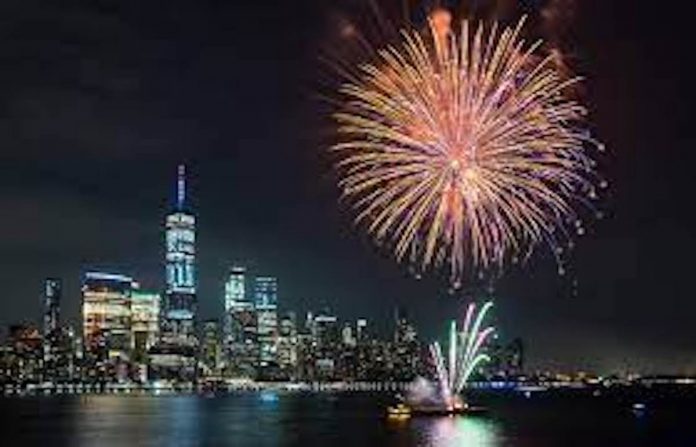 JERSEY CITY – Mayor Steven M. Fulop announced today New Jersey’s largest fireworks display will return to the Jersey City waterfront this Fourth of July with Fireworks by Grucci.  Following recent years of historic crowds with headliners like Snoop Dogg and Pitbull, the annual Independence Day celebrations were cancelled in 2020 to protect the community amid the COVID-19 pandemic.  While this year’s Freedom and Fireworks event will not be able to include the yearly festival and superstar concerts, the City’s efforts to bring back the fireworks display over the Hudson River was a decision made with the community’s needs and safety top of mind.

“Since we revived Jersey City’s Fourth of July event in 2013, we’ve become a destination for the annual celebration, and I think it’s important to restore those traditions for residents and visitors to have something to look forward to,” said Mayor Fulop. “It was a the right decision to cancel last year’s event as safety obviously takes precedence, but we are excited to start again this year.”

Just after sunset on Sunday, July 4, 2021, Grucci’s fireworks will launch from two barges in the Hudson River, painting the sky with an unparalleled backdrop of the Manhattan skyline.

Fireworks by Grucci is a sixth-generation, family-owned and operated fireworks company that has developed a prominent reputation, having performed at eight U.S. Presidential Inaugurations, Olympic Games, World’s Fairs, and earning the Guinness World Record for “largest fireworks display” ever recorded.

While there are no longer limits for outdoor gatherings, residents and visitors are invited to watch the fireworks along the waterfront while maintaining all safety protocols necessary.

“We’ve come a long way since this time last year, and bringing back the fireworks next month will not only commemorate our nation’s independence, but, for many, it also serves as a big step towards normalcy following a year of lockdowns worldwide.  Grucci is the best in the business, and we look forward to putting on one of the best Fourth of July fireworks celebrations yet again this year,” concluded Mayor Fulop.