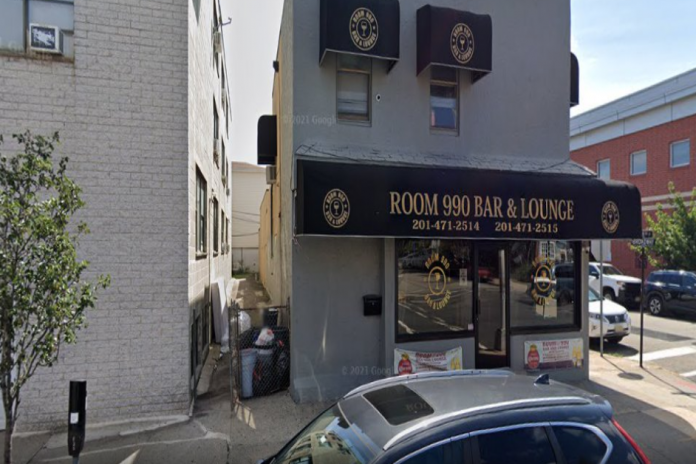 According to Captain Amato, officers responded to the Room 990 tavern on a report of a fight.  As officers arrived, they observed a large crowd exiting the establishment and shouting at each other.  As the officers attempted to disperse the crowd, they ignored the officer’s commands and continued behaving in a disorderly manner.  The group ultimately began walking south on Broadway but stopped and continued to shout obscenities at the officer.

The group was advised again to disperse and slowly began to comply.  At this time, Tyre and Boyd entered the rear passenger compartment of their vehicle, only to re-emerge and continue their disorderly behavior and re-engage the officers on scene after being advised not to.  Officers then attempted to place Tyre under arrest but she retreated back into the vehicle.  As the officers attempted to remove her from the vehicle to arrest her, Boyd interfered by aggressively pushing past the officers to prevent them from taking custody of Tyre.  He was ultimately taken to the ground where he resisted arrest by laying on his hands in an attempt to prevent being handcuffed.

Once placed into handcuffs, he was lifted off of the ground and the officers began escorting him to their vehicle.  While being escorted, Boyd pulled away from the officers several times but was able to be controlled by the officers before they placed him in the marked police vehicle for transport.

While Boyd was being placed under arrest, other officers were still attempting to place Tyre into custody as she continued to resist arrest by refusing to exit the vehicle.  While doing so, she laid across the seat and kicked an officer in the leg.  As the officer attempted to gain control of her legs, Tyre bit the officer and grabbed his upper body to push him away.  A short burst of OC spray was then deployed in an effort to stop Tyre’s violent behavior.  Tyre was then removed from the vehicle and taken into custody without further incident.

The charges against Boyd and Tyre include resisting arrest and aggravated assault (on a LEO), hindering apprehension, disorderly conduct and terroristic threats.