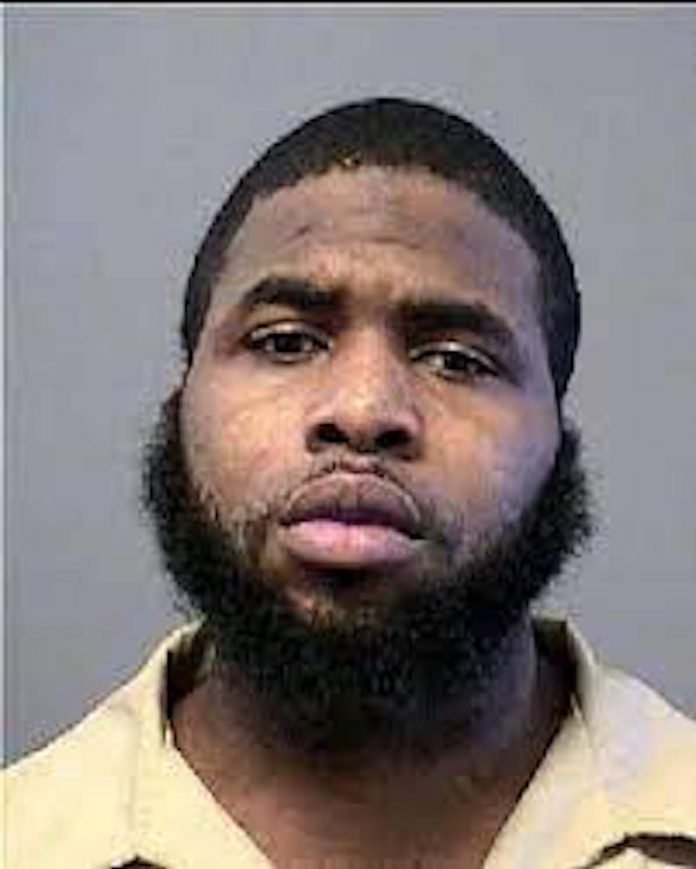 NEWARK, N.J. – A Hudson County, New Jersey, man today admitted illegally possessing a firearm and ammunition in connection with an incident in which he shot another individual in Jersey City, Acting U.S. Attorney Rachael A. Honig announced.

Hassan Mosby, 40, of Jersey City, pleaded guilty by videoconference before U.S. District Judge Susan D. Wigenton to an indictment charging him with one count of possession of a firearm and ammunition by a convicted felon.

On Oct. 12, 2019, members of the Jersey City Police Department were dispatched to the area of Martin Luther King Drive between Woodlawn Avenue and Armstrong Avenue in Jersey City on a report of shots fired in the area.

Officers located a crime scene which included six 9-millimeter shell casings. While the officers were canvassing the area and processing the crime scene, they reviewed video footage from city cameras located near the shooting. The video showed a brief altercation within a group of males on the sidewalk on Martin Luther King Drive. At the end of the altercation, Mosby pointed and fired a handgun several times at a victim, striking the victim.

By viewing additional video footage from other city cameras, officers were able to determine that Mosby walked directly to a nearby residence immediately after the shooting.  Officers went to the residence and were let inside by a resident, where they observed Mosby sitting in a chair. Mosby stated, “You got me, I’m who you are looking for. They had nothing to do with it.” Mosby was arrested and a search warrant was obtained for the residence. Officers then found a 9-millimeter semiautomatic handgun, which was loaded with seven rounds of ammunition.

Subsequent ballistics testing determined that five shell casings found at the crime scene were discharged from the firearm found in the residence.

This case is part of Project Guardian, the Department of Justice’s signature initiative to reduce gun violence and enforce federal firearms laws. Initiated by the Attorney General in the fall of 2019, Project Guardian draws upon the Department’s past successful programs to reduce gun violence; enhances coordination of federal, state, local and tribal authorities in investigating and prosecuting gun crimes; improves information sharing by the Bureau of Alcohol, Tobacco, Firearms and Explosives when a prohibited individual attempts to purchase a firearm and is denied by the National Instant Criminal Background Check System (NICS), to include taking appropriate actions when a prospective purchaser is denied by the NICS for mental health reasons; and ensured that federal resources are directed at the criminals posing the greatest threat to our communities. For more information about Project Guardian, please see https://www.justice.gov/projectguardian.

Acting U.S. Attorney Honig credited special agents of the Bureau of Alcohol, Tobacco, Firearms, and Explosives, Newark Division, under the direction of Acting Special Agent in Charge Craig B. Kailimai, and the Jersey City Police Department, under the direction of Public Safety Director James Shea, with the investigation leading to today’s guilty plea.