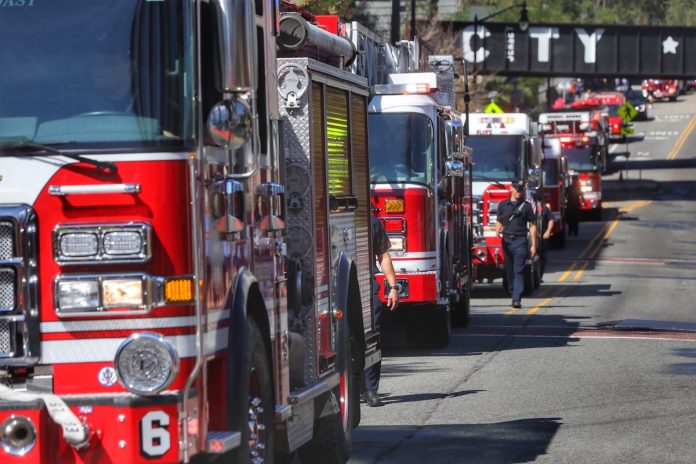 Contingents of local uniformed firefighters were joined by first responders from over 20 additional fire departments representing the tristate area to celebrate Jersey City’s professional firefighting service, which began in 1871. 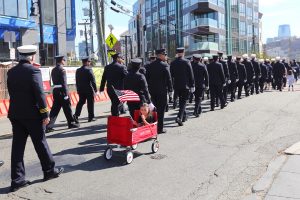 “For generation after generation, the Jersey City Fire Department has, without hesitation, answered the call when lives and property are in danger during various emergencies,” said Mayor Fulop. “The reliability and excellence of the JCFD speaks to why it is continuously mentioned as one of the best fire departments in the state. A special thank you to all of our firefighters, past and present, for your bravery and unwavering commitment to keeping our community safe.” 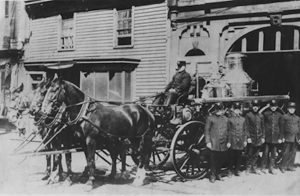 “We’ve come a long way over the past 150 years, and the Division of Fire continues to grow with the City,” said JCFD Chief Steve McGill. “Every year, our call volume grows, and we answer every call ready to assist. I’m proud to be a part of the department’s 150th celebrations, and I know the department will only get stronger over the next 150 years.” 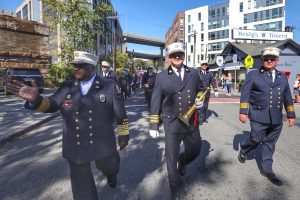 The Jersey City Fire Department has significantly advanced its operations since its early days of horse-drawn fire apparatus. Last year, the fire department responded to over 13,000 calls for service. Under the Fulop Administration, all fire department members receive first responder training, and all vehicles are equipped with automatic defibrillators. 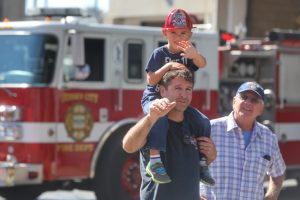 The JCFD comprises 667 uniformed members, the largest in New Jersey out of the over 600 municipal departments.

“We inherited a severely understaffed fire department, forcing multiple firehouses to be put off duty every shift. Since the start of this administration, it has been the Mayor’s priority to increase staffing levels and to provide the life-saving training and modernized fire equipment to give our firefighters the tools they need to stay safe while protecting the public,” said Public Safety Director James Shea.

Today, the fire department has expanded to include the Fire Prevention Bureau, a proactive unit that has successfully installed free smoke and carbon monoxide detectors in hundreds of Jersey City households over the past three years to help residents prevent fire hazards and potential fires. The Department’s Arson Unit has also streamlined investigations for more efficient and effective operations. 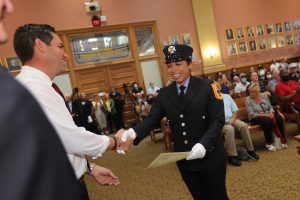 Mayor Fulop also joined City Council members and firefighters in August to break ground on Jersey City’s first new firehouse in 20 years. The new 12,000 square foot fire station will house Engine 10 and Ladder 12, formerly of Halladay Street. It will replace the decommissioned 116-year-old fire station, which was condemned after the floor collapsed inside the single-bay structure, originally built for horse-drawn fire apparatus. The $5.6 million state-of-the-art firehouse is located in the Bergen-Lafayette neighborhood, one of Jersey City’s most densely populated areas.