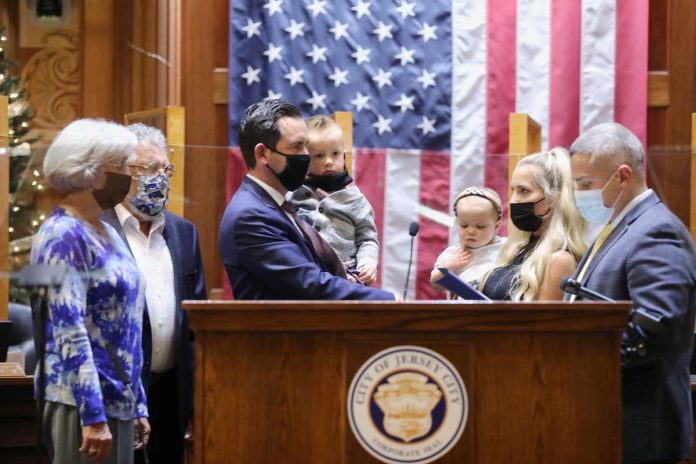 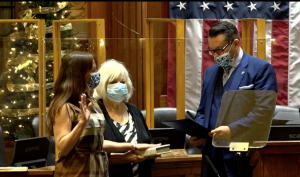 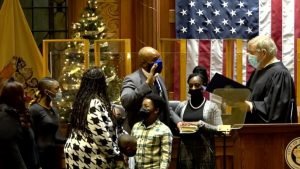 In an ironic twist, Gilmore, who served time in prison as a younger man on drug charges, but has turned his life around, was sworn in by the judge who sentenced him 25 years ago in juvenile court, Judge Baber.

Also sworn in were Ward A Councilwoman Denise Ridley for a second term, 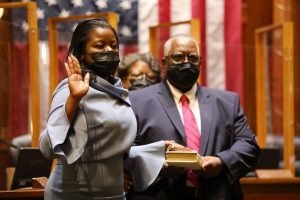 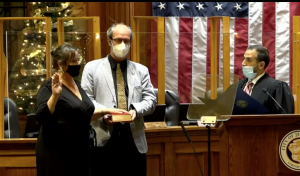 Ward C Councilman Richard Boggiano, who had to win a runoff to retain his Council seat, 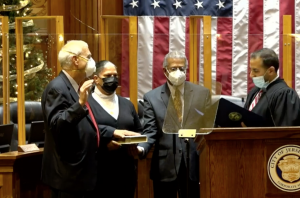 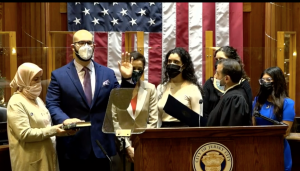 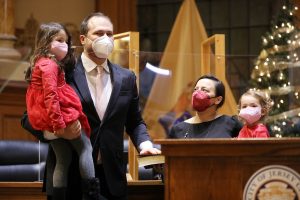 Councilwoman-at-large Joyce Watterman, who retained her Council Presidency in a unanimous vote during the reorganization meeting later in the day, 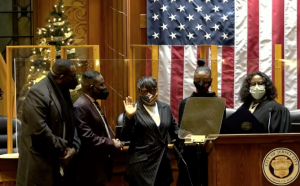 and Councilman-at-large Daniel Rivera, who was elected by his Council colleagues as President Pro Temp.

Also during the reorganization meeting, John J. Metro was named the city’s Business Administrator, having the interim tag removed, and  Walter “Greg” Kearce was appointed Director of the city’s Department of Public Works.  He will retain oversight, at least for now, of the Office of Emergency Management.