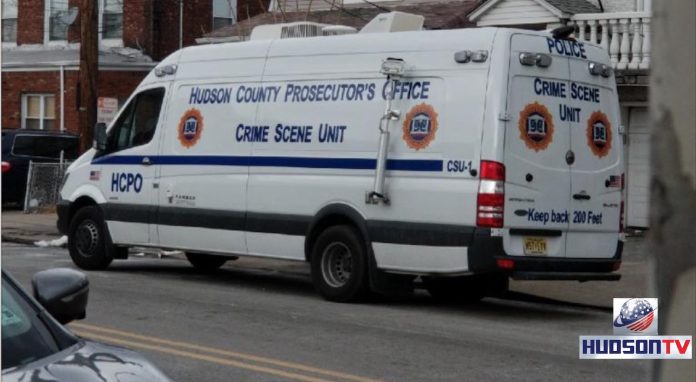 Hudson County Prosecutor Esther Suarez has released the following information:
The Hudson County Prosecutor’s Office Homicide Unit charged a Jersey City woman with concealing the remains of a 78-year-old woman who was found deceased in her Arlington Avenue apartment Saturday night following a call for a welfare check.
Cheryl Gatling, age 53, of Jersey City, has been charged with Concealing Human Remains in violation of N.J.S.A. 2C:22-1(a)1, a crime of the second-degree; Possession of Weapon (Knife) for Unlawful Purposes in violation of N.J.S.A. 2C:39-4d, a crime of the third-degree; Unlawful Possession of a Weapon (Knife) in violation of N.J.S.A. 2C:39-5d, a crime of the fourth-degree; and Terroristic Threats in violation of N.J.S.A. 2C:12-3(b), a crime of the third-degree.
On Saturday, June 26, 2021 at approximately 8:18 p.m., the Jersey City Police Department responded to 415 Arlington Avenue on a welfare check for one of the fourth floor occupants. A 53-year-old woman had barricaded herself in the apartment and would not allow officers to access the unit for three hours. At approximately 11:24 p.m., the woman opened the door and allowed the Jersey City Police Department to gain access to the apartment where they found a lifeless 78-year-old woman, presumed to be the mother of the defendant – Dorothy Gatling. The victim was pronounced deceased at 11:47 p.m. and is believed to be deceased for an extended period of time.
The cause and manner of death are pending the findings of the Regional Medical Examiner. Additional charges may be filed pending further investigations and the findings of the Medical Examiner.
The above charges are merely accusations and the defendant is presumed innocent until proven guilty. R.P.C.3.6(b)(6).