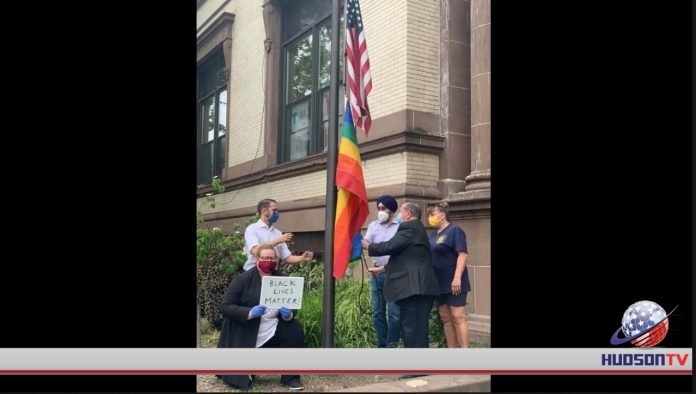 In a landmark 6-3 vote on Monday, the United States Supreme Court ruled that employers may not discriminate against employees based upon sexual orientation or gender identity, thereby upholding Title VII the federal Civil Rights Act of 1964.  That federal law prohibits workplace discrimination based on race, religion, national origin and sex.

Conservative Justice Neil Gorsuch, who was appointed to the High Court by President Donald Trump, wrote in the majority opinion, “An employer who fires an individual for being homosexual or transgender fires that person for traits or actions it would not have questioned in members of a different sex.  Sex plays a necessary and undisguisable role in the decision, exactly what Title VII forbids.”

Chief Justice John Roberts joined Gorsuch and the Court’s liberal Justices in writing that sex is a distinct characteristic, but it cannot be separated from the concepts of sexual orientation and gender identity.

Hoboken Councilman Mike DeFusco, who serves as Chairman of the Hudson County Democratic Organization’s LGBTQ+ Caucus that was founded twelve months ago, wrote in an email to Hudson TV this afternoon:

“Growing up I often felt different than many of the kids in my class, but it was when I first started my career in New York City about 15 years ago that I really thought about what it meant to be a gay man in the workforce. I remember questioning whether or not it was acceptable to be openly gay in the early 2000s because I was unsure how my employer would respond.
As time went by, it got easy being proud of who I am, but when I was first elected to the City Council I still struggled because sadly, I knew my sexuality was being used against me by those who I did not agree with politically. It was four years ago when 49 young people were killed at an Orlando gay club that I knew I could no longer sit quietly and needed to use my platform as the first openly gay to hold municipal office in Hudson County to bring the change we needed to see in the world. And that’s exactly what I am proud we have done here in Hoboken, by earning consecutive perfect scores on the Human Rights Campaign Municipal Equality Index and creating a community where everyone should feel welcome and accepted.
Of course I’m still the subject of intolerant passive inferences, especially in politics, but I consider myself lucky to be able to confidently stand proud and fight for the equality and inclusivity we need. Unfortunately not everyone has felt this comfortable in their own skin, and that is exactly why today’s Supreme Court ruling is so desperately needed to protect individuals from feeling harassed or discriminated against for who they love. We still have progress to make, and as we continue to celebrate Pride Month, I think it’s important for each of us to reflect on this monumental day in history and what it means for our LGBTQ+ brothers and sisters.”

Hudson County Clerk E. Junior Maldonado, who also is a member of the LGBTQ community, said in an email to Hudson TV, “I’m ecstatic over today’s decision by the Supreme Court. LGBTQ people have worked tirelessly to gain this type of protection and deserve equal treatment in all workplaces. This decision solidifies the fact that federal law protects their right to equality when it comes to workplace protection for all.”

Today’s ruling by the United States Supreme Court is the most significant ruling for the LGBTQ community since the 2015 decision legalizing same-sex marriage.  Prior to today’s ruling, employment discrimination against the LGBTQ community was still “technically” legal in much of the country, as less than 50 percent of the states have laws on the books prohibiting such job discrimination.

There are an estimated 8 million openly LGBTQ employees in the United States.

THIS STORY HAS BEEN UPDATED WITH AN ADDITIONAL QUOTE.