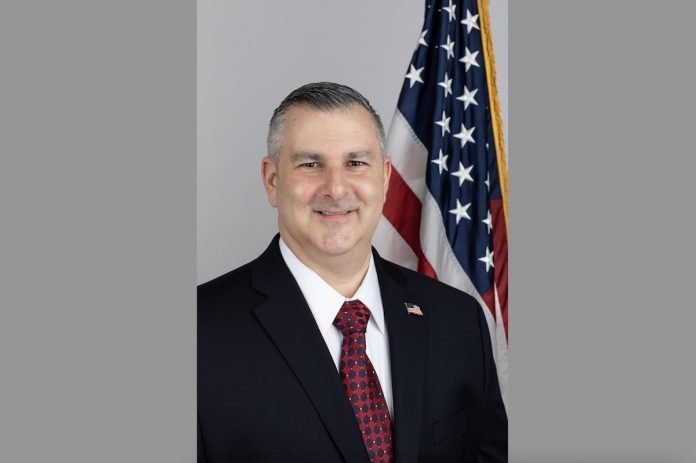 Despite having lost the last two, Mayoral elections against the Administration of Mayor Nicholas Sacco in the past eight years by margins of at least 2-to-1, Larry Wainstein is giving it another try.  Last Friday evening in front of a standing room only crowd at The Boulevard, the community activist and local businessman announced his candidacy for Mayor of North Bergen.  According to a press release from Wainstein, despite capacity limitations, hundreds of more supporters rallied in the parking lot to show their commitment to bringing change to their North Hudson community. 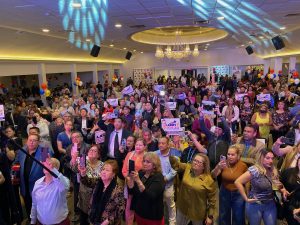 “I am committed to bringing change to North Bergen,” an enthusiastic Larry stated after announcing his candidacy.

Wainstein detailed a platform that includes an open and transparent government, fiscal responsibility, fighting for better protection for renters, building new schools, re-locating the students out of the outdated trailers, infrastructure and road repairs, and more.

“Too many North Bergen residents feel like local government isn’t working on their behalf. My administration will work around the clock to ensure that every resident has a voice,” Wainstein added.

According to the press release, Wainstein believes that a disconnect exists between the current administration and working-class residents. He is pledging to change that and create an inclusive government.

“Our current administration has been in power for nearly four decades. Whatever could have been done by now, should have been done by now. It is time for new energy, new ideas, and new leadership. Together we will bring change to North Bergen. I am so grateful for the tremendous support I received on Friday night. Our movement will continue to grow,” Wainstein concluded.

Neither Sacco or Wainstein have announced their running mates, however, with incumbent Commissioner Julio Marenco expected to be one of two, new Assembly running mates with Senator Brian Stack in the newly configured 33rd Legislative ticket, Sacco’s ticket will have at least one, new candidate.

Incumbent Commissioner Frank Gargiulo, the elder statesman of the Board, told Hudson TV this week that he intends to seek re-election.