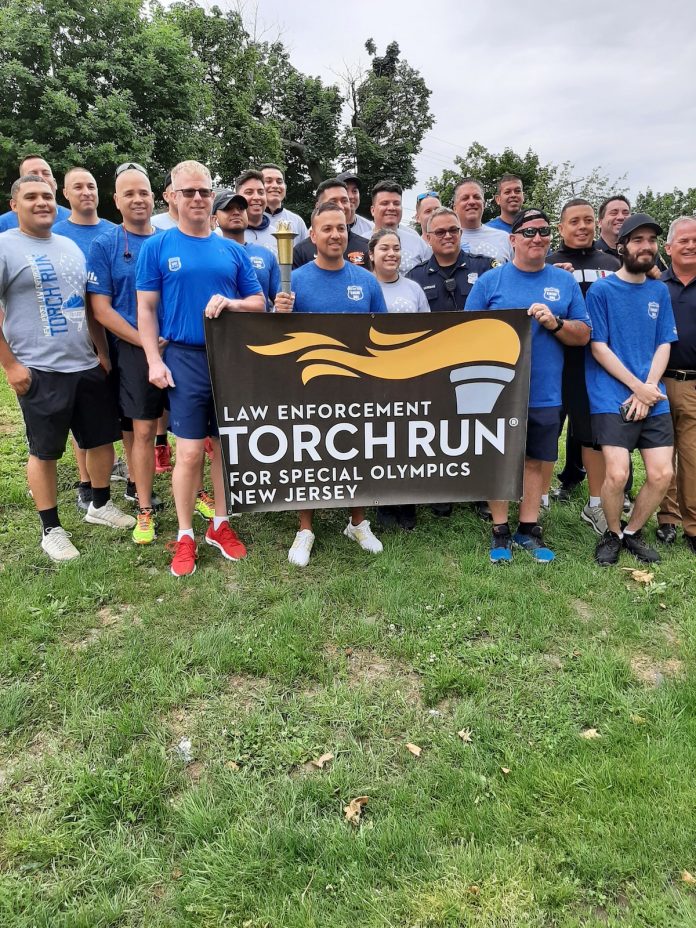 Officers from the North Bergen, Union City, West New York and Port Authority Police Departments, as well as from the Hudson County Prosecutor’s Office, gathered this morning at the entrance to Braddock Park at Nungessers by the Fairview border.  They were there to take part in the annual, Law Enforcement Torch Run for the New Jersey Special Olympics.

The officers made their way down Bergenline Avenue, passing the torch from one police department to another, through Guttenberg, West New York, Union City, etc., eventually finishing their leg in Newark, with some of the officers running the entire way, all to raise money for the Special Olympics of New Jersey.

The torch, known as the “Flame of Hope,” passes through 26 communities across the state, ultimately making its way to light the Opening Ceremony cauldron at the Special Olympics New Jersey Summer Games.

This year, over 3,000 runners from over 400 police departments are expected to participate and fundraise. The day-long run is split into 26 legs, traveling through more than 300 towns, and covering 750 miles on-foot.