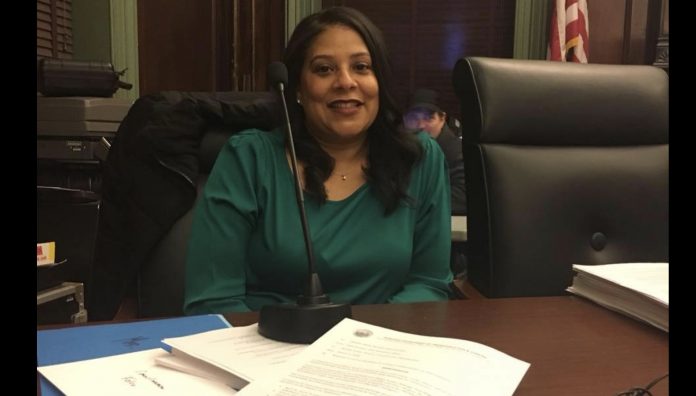 THIS ARTICLE CONTAINS A NEW QUOTE FROM COUNCILWOMAN FALCO

An eight page legal decision announced today says that Hoboken Mayor Ravi Bhalla was within his legal right to offer sitting Councilwoman At Large Vanessa Falco the new position of Director of the Division of Housing once her Council term ends in January.

The ruling was made after Councilwomen Jen Giattino and Tiffanie Fisher questioned the legality of the move.

Their concluding opinion states, “The Mayor was completely within his authority in making a conditional offer of employment to the sitting councilperson. There is no basis in fact or law to assert that this action was taken by the Mayor for his personal gain or to garner influence; therefore, such actions are lawful and not in violation of any statute or the LGEL. In addition, to the extent the councilperson’s oath of office remains valid, the conditional offer of employment on its own, does not increase the potential for litigation against the city, and any votes or participation in deliberations before council are subject to compliance with the LGEL on a case-by-case basis.”

The legal opinion made a distinction between rules for municipalities and those for independent, local authorities, basically stating an offer of employment for a sitting member of a governing body does not have to wait until a council term comes to an end.

Upon learning of the legal opinion made by Antonelli Kantor, Councilwoman Falco issued the following statement:

“Last week, I was shocked and saddened at the despicable claims about my character from Councilwomen Jen Giattino and Tiffanie Fisher, specifically regarding my future employment in the new Division of Housing in City Hall. Their claims were personal attacks on my ethics that I found potentially defamatory, and as a result I am now currently exploring appropriate legal action against both Councilwomen. My goal has always been to help provide access to housing for Hoboken residents who need it. Playing politics, as Jen and Tiffanie have with affordable housing, especially relating to my motives for doing so, shows their true colors.

Today, the City received a legal opinion, attached, that justifies what we have known all along, that Mayor Bhalla was well within his authority to hire me to run the affordable housing department in city hall. It has been my ambition, since being a member of Hoboken City Council and representing the City at Large, to focus on this vital issue in my hometown, and despite Giattino and Fisher trying to undermine and diminish my efforts, I remain fully committed to giving back to the City where I was raised, and providing for those residents truly in need.”

After the Antonelli Kantor decision was announced yesterday, Council members Phil Cohen and Emily Jabbour, a member of Bhalla’s At Large re-election ticket in the November election, reacted to the statement made by Councilwoman Falco:

“The manner with which Council members Giattino and Fisher viciously attacked Councilwoman Falco’s integrity, regarding her decision to work in City Hall is stunningly disrespectful and unprofessional.

To level thoroughly baseless accusations of unethical and even criminal behavior by our Council colleague, when she has made a decision to give back to the residents of Hoboken through another mode of public service is, frankly, a new low for Hoboken.
The decision by Councilwoman Falco to seek a new employment opportunity, doing what she loves on behalf of our residents, is a personal decision.  Vanessa deserves the same respect afforded any independent individual when making decisions about their professional life.  We call on Council members Giattino and Fisher to issue an immediate and public apology to Councilwoman Falco.”