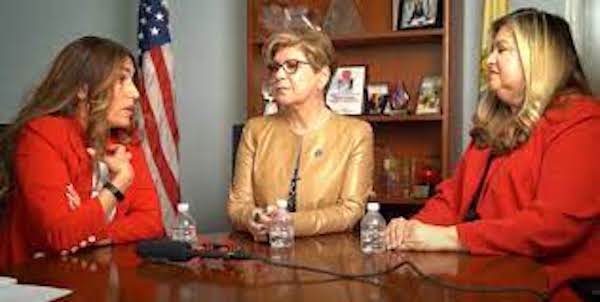 Feb 25, 2022. As the largest Latina organization in NJ advocating for Latina representation, Latina Civic Action calls on political leaders in Hudson County to adhere to the Latino community demand that the redistricting process creates increasing opportunity for political representation to look like the diverse population growth reflected by the 2020 Census.

Current internal political machinations that suggest only three legislative seats are open for Latinos to run for Assembly in Hudson County truncate the expansion of Latino political representation. Latino population growth in Hudson county and its strong political participation warrants greater opportunity to grow representation in the State Senate and Assembly. 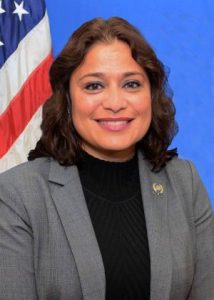 Latina Civic Action urges Hudson County political leaders, specifically Mayor Bhalla of Hoboken, to support Assemblywoman Annette Chaparro, an incumbent Legislator from LD-32, with a strong record of accomplishments and strong base of support among voters, to continue to run and represent the citizens of the City of Hoboken.

We also call on Mayor Fulop of Jersey City to promote a Latina for the new 32nd Legislative District Assembly seat.  We ask that he supports the appointment of an experienced and respected Latina leader to represent Jersey City. Specifically, we endorse our founder and board member Noemi Velazquez, a long-time resident of the City and a dedicated educator who currently sits on the Jersey City Board of Education. Noemi has the political acumen, local and statewide community support to represent Jersey City in the NJ General Assembly.

The population growth of Latinos in Hudson County warrant representation in four legislative districts, not just three. We do not support any back-room agreement that doesn’t expand opportunities for Latino political growth in Hudson County as it ignores the intent of the new legislative map to expand the opportunity for Latinos to gain representation in the NJ Legislature.

Latinos became the largest ethnic minority group in 2022 and the new Legislative map approved by NJ Re-Apportionment Commission creates opportunity for Latino representation to grow immediately in Hudson Co and Essex County, with potential future growth in Middlesex County. Latinos must have the ability to run for office and Latino voters have the choice to vote for candidates of their choice.

Latina Civic believes in a fair and independent redistrict process as outlined by the NJ Fair Districts Coalition. We also support the rights of voters to select and vote for candidates that represent the diverse communities in their cities. Under the protections of the Voting Rights Act of 1965 and our 14th Amendment protecting one-person one-vote, Latinos in New Jersey must have an equal opportunity to elect their candidates of choice.

Hudson County political leaders, and the NJ State Democratic Party, have the ability to make a historic decision to advance diversity in our political representation.

Latina Civic Action is a nonpartisan civic action committee whose mission is to advance a policy agenda that invests in Latino families and promotes Latina representation in elected and appointed office in New Jersey. For more information follow us on social media @LatinaCivicAct