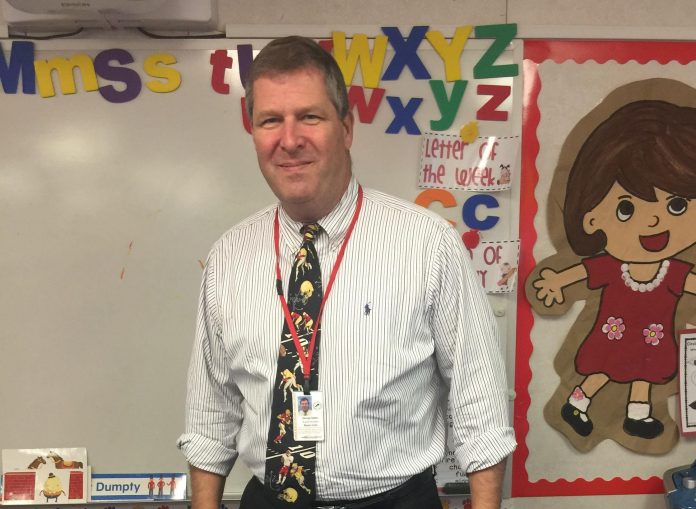 A recent Editorial in the Jersey Journal makes several blatantly false claims regarding our district’s Pre-K program that I feel need to be addressed publicly. It would simply be unfair to the hardworking students, teachers and administrators in our school district to allow these misleading talking points, which now have seemingly spread from a small group of disgruntled local activists to the pages of a local newspaper, to stand unchallenged.

First, it’s important to note the overall context behind the Pre-K’s location within James J. Braddock North Hudson County Park. In 2001, North Bergen planned a new full-day Kindergarten and a Pre-K program, funded in part and regulated by the NJ Department of Education. Property purchased next to Lincoln School for the program had soil contamination and thus could not be used. To make sure the new Pre-K program opened for the 2001-2002 school year, Temporary Classroom Units (TCUs) were placed inside the Bruins Stadium complex within Braddock Park, at the site of an underutilized field that was in disrepair. Over the years other efforts were made to find a permanent Pre-K location to no avail. In 2011, Hudson County and North Bergen officials were notified that the TCUs at Braddock Park violated NJDEP Green Acres regulations. We are now undertaking a Diversion process to comply with Green Acres regulations and allow the North Bergen Pre-K program to remain at Braddock Park, which is a common practice managed by the DEP.

The editorial insinuates that these TCUs are unsafe, when in reality they are inspected annually by the State Department of Education and have always passed, and they have been given several upgrades over the years to extend their useful life. The editorial calls the location in Braddock Park “undesirable,” when the fact is that its peaceful, out of the way location removed from the urban environment is beloved by its students, parents and teachers. The editorial even makes a bizarre claim that the placement of the TCUs somehow reduced recreational field space for young girls in the community, when several brand new fields have been built in recent years, significantly increasing recreation capacity. For example, the Township of North Bergen just opened a state of the art Girls Softball field at a cost of over $1 million.

The editorial also conveniently ignores three of the most significant reasons why we are working to secure the location — the opportunity to provide full-day Pre-K for the first time which will be a significant benefit for both students and working parents, the chance to significantly reduce class sizes and the need to protect North Bergen taxpayers from the massive costs that would be associated with acquiring another site. Perhaps this is why a strong outpouring of support for the district’s plans was evident during the recent public scoping hearing, when dozens of Pre-K parents and other residents voiced their support.

It is unfortunate to see a local media outlet print these many falsehoods about this important issue, because it contributes to an overall erosion of trust in news sources. We hope that the Jersey Journal editorial board will approach this issue with more honesty, fairness and impartiality in the future.