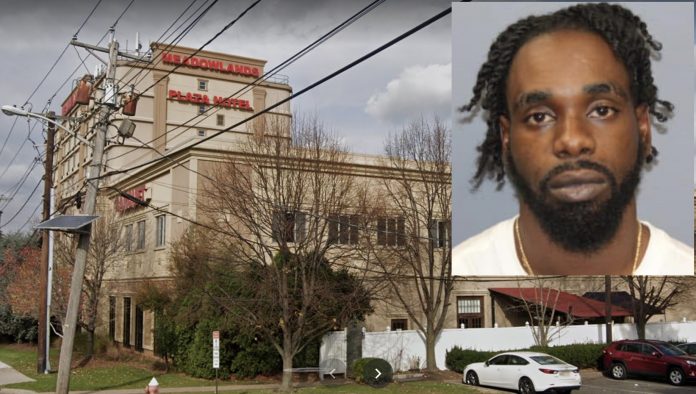 On August 14, 2021 at 3:11 P.M., the Secaucus Police Department’s Anti-Crime Unit was in the area of the Meadowlands Plaza Hotel, 40 Wood Avenue. They observed a man fitting the description of a person that was wanted for gun possession at the same hotel earlier in the week, but evaded capture.
While speaking to this man, a handgun was observed in the door pocket of the vehicle he was driving within his immediate reach. It was later determined he was not the wanted man, but Rasul Wilson, 29, of North Carolina, who was arrested for possessing a loaded Taurus G3C 9mm handgun. The handgun was loaded with a sixteen round magazine, which contained hollow point and full metal jacket ammunition. Additional handgun ammunition was also seized from within the vehicle.
“With my full support, our Anti-Crime Unit will continue to probe the hotels within Secaucus in an attempt to suppress criminal activity,” Chief Dennis Miller said. “The results of this proactive policing unit, led by Detective Sergeant Giacomo Sallustio, are nothing short of exemplary.”
Rasul Wilson, was charged with Unlawful Possession of a Firearm [2C:39-5b(1)], Possession of High Capacity Magazine [2C:39-3j], Possession of Hollow Point Ammunition [2C:39-3f(1)] and Unlawful Possession of Handgun Ammunition [2C:58-3.3]. He was lodged in the Hudson County Jail. These charges are merely accusations and the defendant is presumed innocent until proven guilty.