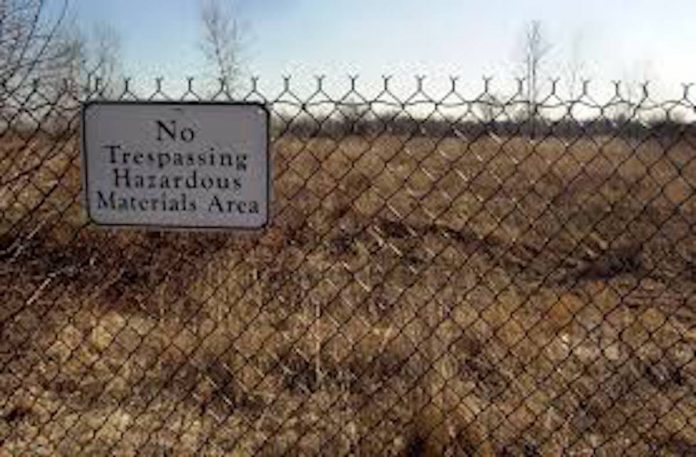 The State of New Jersey has announced that the cleanup of a 234 acre, interior, contaminated section of Liberty State Park in Jersey City could begin as early as next summer.  The announcement was made by Governor Phil Murphy and Department of Environmental Protection Commissioner Catherine McCabe.  Contamination cleanup and the restoration of wetlands will be discussed when a public hearing is held on the plan later this month.

The date of the public hearing will likely be announced as early as next week.  public comments online will be accepted according to the New Jersey Department of Environmental Protection.

The state is committing tens of millions of dollars on the ecological restoration.

When the environmental cleanup and restoration are completed, the 234 acres, which represents approximately 40 percent of the park’s upland area, will feature passive recreation, such as walking, bicycling, wildlife viewing and the creation of passive overlooks.

Because funding for cleanup will be coming from the settlement of pollution lawsuits, the state says the final restoration cannot include active recreation, like ballfields.  However, New Jersey’s new, DEP Deputy Commissioner Olivia Glenn, says her department is open to creating active recreational amenities in other sections of the park.

Liberty State Park For All Executive Director Arnold Stovell issued the following statement today regarding the DEP’s announced plans regarding the Interior portion of Liberty State Park, “LSPFA is happy to see the DEP finally taking the crucial first steps necessary to remediate Liberty State Park. We are hopeful that a true dialogue recognizing residents, and not a predetermined plan, will be implemented to be inclusive and mindful of local needs. We expect full participation with the DEP, not just as an audience but at the podium. Expertise from community members of color, and diverse voices beyond legacy contributors, is imperative to true success in meeting LSP’s potential and creating a Liberty State Park for all.”

The contaminated interior acreage is the last remaining section of the park which is off limits to the public and is located the closest to the neighborhoods which surround the park.  It sits on former railroad property, landfill and acres of contamination facing the NJ Transit Light Rail station.  Glenn stated, “This is a tremendous opportunity for the residents of Jersey City as well as for the environment.”

Plans call for the removal of contaminated soil, putting down at least 12 inches of clean soil and plants various kinds of vegetation.

“Liberty State Park is a cherished cornerstone of our state that improves the quality of life for New Jerseyans and offer great services and experiences,” said Governor Murphy. “Today’s investment will allow us to not only rebuild, but enhance the site while preserving the environment, to provide opportunities for residents to discover and enjoy for generations to come.”

State Senator Sandra Cunningham (D-District 31) added, “I welcome today’s announcement about reaching a new milestone for the Liberty State Park interior restoration project, which will ultimately benefit Jersey City’s children.  Years from now, this will draw visitors from Jersey City, New Jersey and around the world, and it starts with important conversations with the park’s neighbors and community members. I look forward to working with both the DEP and my constituents in the next steps of the project design to create a beautiful, vibrant space for the public for decades to come.”

Jersey City Mayor Steven Fulop also hailed the DEP’s announcement, saying, “Liberty State Park is one our most protected treasures here in Jersey City and it’s a welcomed initiative and well-worth celebrating when the State promises actions like this.  Ensuring that Liberty State Park remains a protected open space for everyone is essential, but by significantly enhancing it by making large areas that currently lie behind chained fences, which were polluted during the past industrial era years ago, now open, cleaned and made safe for the use of residents, and visitors – how do you not applaud this endeavor.”

“We are deeply appreciative to Governor Murphy and Commissioner McCabe for investing in Liberty State Park, which is a national treasure and the keeper of this country’s diverse, rich history with markers that have guided generations of citizens and attracted people from all over the world,” said Assemblyman Raj Mukherji of Jersey City, Chairman of the Assembly Judiciary Committee and a longtime champion of Liberty State Park. Mukherji added, “Today’s announcement will help future generations better enjoy this rare open space jewel, in a densely populated urban county and one of only two places in the world from which Ellis Island and Lady Liberty can be accessed.”