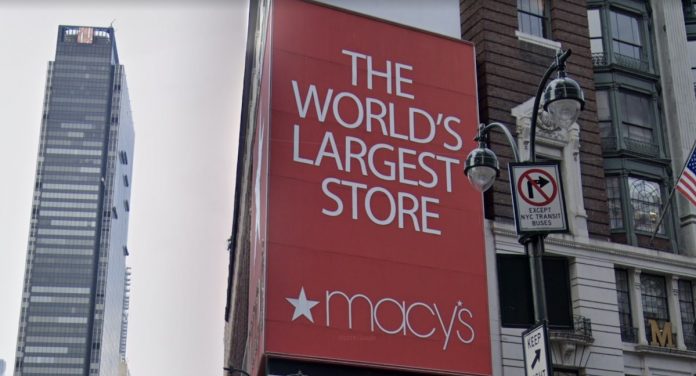 Macy’s announced plans on Monday to reopen all 775 of its department stores across the United States over the next six to eight weeks.  Considering Governor Phil Murphy has an Executive Order in place requiring shopping malls in New Jersey to be closed, it may not happen as quickly as the San Francisco-based, retail giant hopes it will here in the Garden State.

Under the company’s plan, new rules will be in place for both employees and shoppers once the doors reopen for business.

The most likely scenario has Macy’s stores reopening in states where restrictions are being eased, as America slowly makes its way out of the coronavirus pandemic.  Obviously, for those of us living in the New York metropolitan region, the crisis has been far worse than the majority of the country.  New York and New Jersey have the highest death toll from COVID-19 than anywhere in the United States.

So, Macy’s phased in approach to store re-openings will likely occur in Georgia, Tennessee, South Carolina, Oklahoma and Texas first.  Even in California, where Governor Gavin Newsome announced an easing of restrictions on retailers on Monday, Macy’s may not be allowed to reopen right away because the Governor said shopping malls will remain closed for now.

The new restrictions being put into place by Macy’s for its employees include the following:  company-issued face masks must be worn and all associates will undergo “wellness checks” before they go to work.  Any surfaces, such as counter tops which are frequently touched, will be sanitized on a regular basis.  Hand sanitizer stations will be located all around the store, while sneezing barriers will be installed at cash register locations.

What other changes will shoppers see in Macy’s stores?  There will be many.  These include a change in the policy permitting shoppers to try on clothing.  Men will no longer be permitted to try on dress shirts.  Woman cannot try on bras.  if you want to try on a piece of jewelry or see what a watch looks like on your wrist, you will have to use hand sanitizer first.

All alteration services will be suspended, as will “spa-like services.”  If you want your ear pierced, it won’t be happening at Macy’s, at least not for a while.  As far as makeup goes, you will only be allowed to view the product, not sample it.  And those fragrance testers will only be allowed to spray a sample on a blotter when a customer makes a request.

Again, Macy’s plans to phase in their store re-openings over the next two months.  However, if you live in New Jersey or New York, it likely will take Macy’s longer to open their doors to customers.