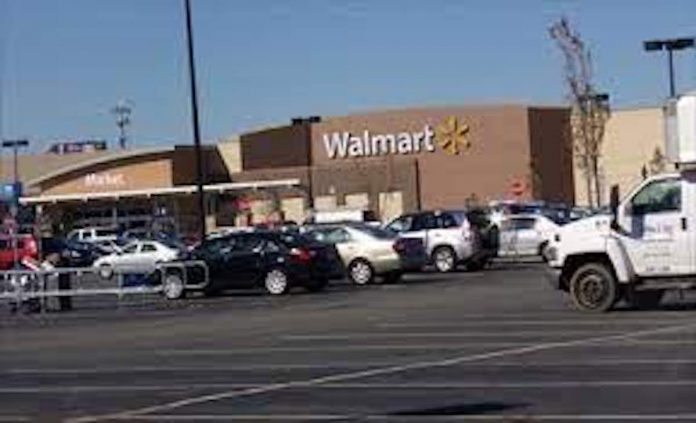 UPDATE  Saturday 7 am:  Kearny Police announced late Friday night that the man sought in yesterday morning’s machete attack at the Walmart at 150 Harrison Avenue had been apprehended and is in custody.  More details on the arrest are pending.
Kearny Police have updated information released this morning pertaining to a machete attack against a man at the local Walmart.  The attacker remains at large.

At 10:27 a.m. today, Kearny Police received a 911 call reporting an assault at the Walmart store at 150 Harrison Avenue in Kearny.  Officers located an adult male victim inside the store who sustained a deep laceration to the back of his head.  Preliminary information indicated that the victim was involved in an argument with another adult man who then struck the victim in the head with a machete.

The suspect fled the store before police arrived.

The victim was transported by EMS to University Hospital in Newark.  At 4:23 this afternoon, police reported that the man, 43 years old, was treated and released from the hospital.

Kearny Police say the investigation remains active.  Anyone with information is asked to contact police at (201) 998-1313, or send an email to tips@kearnynjpd.org .  Reference case number 21-35, 481.