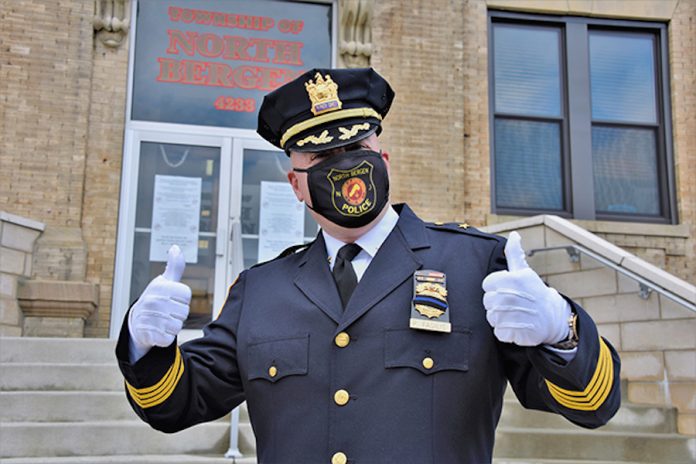 NBPD’s 6.0% Use of Force Rate is Among the Lowest of any Comparable Municipality in the State

NORTH BERGEN, NJ – New data released by the New Jersey State Attorney General’s Office shows that the North Bergen Police Department employed use of force at a lower rate than any other department in Hudson County last year. North Bergen’s rate at which its officers used force was 6.0%, which is lower than nearly any comparable municipal police department in the state. Mayor Nicholas Sacco and other local officials are celebrating the township’s ranking as proof that its strategy of fostering better police-community relations is succeeding and helping make residents safer.

“We’ve always known that our North Bergen Police Department is one of the most outstanding law enforcement agencies in the state, and this new set of data proves that our officers are not only keeping us safe from crime, they are doing it in a professional manner that shows restraint and respect,” said Mayor Sacco. “I commend Chief Peter Fasilis and his entire team for making this possible and thank them on behalf of our entire community.”

Since taking office as Chief of Police last year, Chief Fasilis has instituted numerous policy changes designed to build on the work done by his predecessors in the department and further improve the relationship between residents and officers. Chief Fasilis has placed an increased emphasis on de-escalation training, which encourages officers to handle tense encounters by talking rather than immediately threatening force or resorting to force. He has also provided officers with basic training on interacting with people with mental health disabilities and on crisis de-escalation, offered increased support to officers who are showing signs of stress, and taken several other steps designed to reduce use of force.

“Building trust between our officers and the community we serve has never been more critical to our mission, so I could not be more proud of the men and women of the North Bergen Police Department who are truly living up to our values by limiting the use of force whenever possible,” said Chief Fasilis. “I believe strongly that we are most effective when the residents know us, trust us, and believe we are here to protect them. Reducing use-of-force encounters helps build those relationships and makes our entire community safer.”

Chief Fasilis also cited the township’s longstanding “resident only” hiring policy in the department’s success in reducing use of force. Since Mayor Sacco and the Commissioners instituted the policy mandating that new hires be local residents the department has become significantly more diverse and representative of North Bergen. Currently, 66% of NBPD officers are Hispanic and 14% are women, and the department also includes several Arab American officers.

“The North Bergen Police Department is becoming a model for what a successful law enforcement agency should look like in 2021,” said Public Safety Commissioner Allen Pascual. “I want to thank Chief Fasilis and his command staff as well as the rank-and-file officers who are living up to their training and showing the restraint and professionalism needed to reduce harmful encounters.”