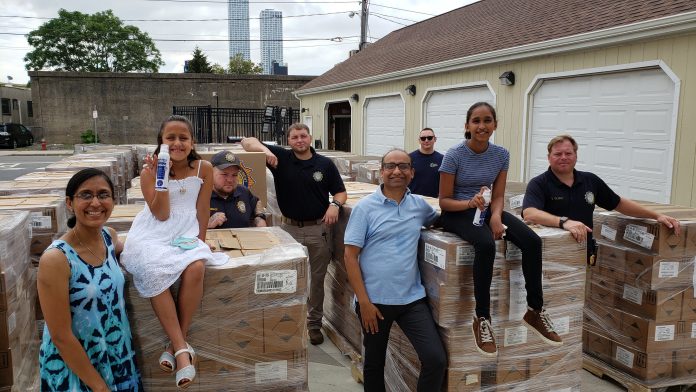 At 11 am on Monday, Mayor Steven Fulop joined 13 year old, Ruhie Mehendale as 100,000 bottles of hand sanitizer for distribution to Jersey City schools and homeless shelters were delivered to the Jersey City OEM as a result of Ruhie’s efforts to help the community.

Mayor Fulop issued a proclamation recognizing the hard work Mehendale, a student at Hamilton Park Montessori School and resident of Jersey City, put forth into bringing the donation to fruition after meeting the Mayor at a community meet and greet.

“I thought simple sanitization could keep needy citizens safe with the worsening virus spread. I connected with Mayor Fulop of Jersey City if he would be willing to help me distribute 100K hand sanitizer bottles to schools and homeless shelters. Mayor Fulop was fully supportive of my initiative and connected me to the right people who helped me get the job done.”