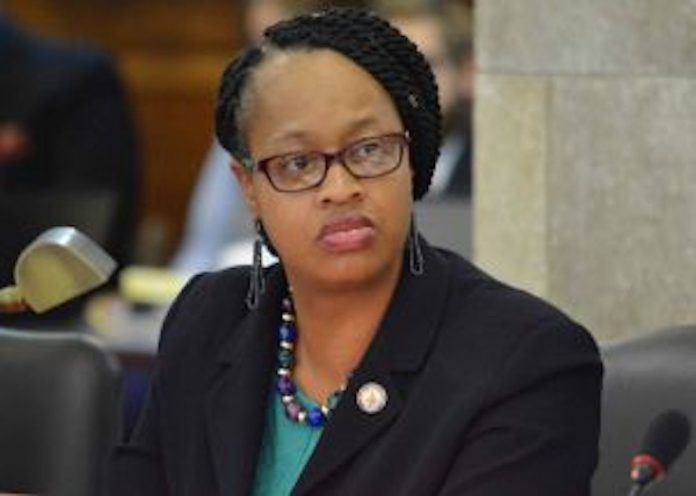 (TRENTON) – To gain a deeper understanding of how decisions made by prosecutors impact New Jersey’s criminal justice system, legislation to require the New Jersey Attorney General to collect and analyze data on defendants received final legislative approval on Thursday, passing the full Assembly 79-0. It was approved by the Senate in July by a vote of 40-0 and now goes to the Governor’s desk.

The measure (A-1076), would require the Attorney General, in consultation with the Division of State Police, county prosecutors’ offices, Administrative Office of the Courts and the Department of Corrections to create a program to collect, record and analyze data on defendants over age 18 at the time of the alleged offense. Data will be collected from the time a defendant is arrested or charged and tracked through the final disposition of their case.

The data will include a defendant’s race, ethnicity, gender and age. It would also include warrants, arrests, charges, filing of criminal complaints, and indictments; dismissed or downgraded charges; cases which proceed to trial; admission to diversionary programs; contact between a prosecutor and a victim; plea agreement information; court fines and fees; among other information.

“Bias, discrimination and racism are deeply embedded in our criminal justice system. We see this in the significant racial disparities across the system, from arrests to convictions to incarcerations. Defendants of color often see a much different criminal justice system than their white counterparts, and one that’s less likely to deliver a fair and just process.

“Prosecutors may be vulnerable to conscious or subconscious biases when making decisions about whether to prosecute a case, what to charge, setting bail and negotiating plea bargains. Because we don’t currently have a universal data collection system for prosecutors, we don’t yet understand the extent to which prosecutors may play a role in these disparities.

“That’s why it’s imperative that we collect certain data from every adult defendant who enters the criminal justice system. By analyzing these cases, we can get a clearer picture of the existing issues and determine what reforms are necessary to ensure every defendant is treated equally and with respect.”