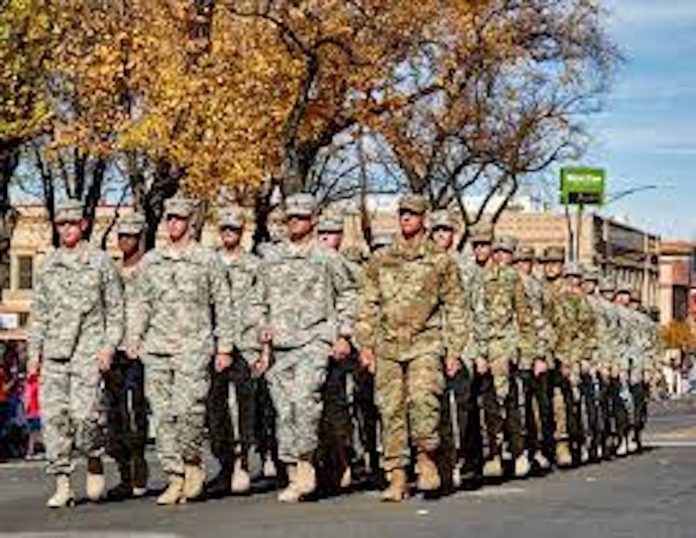 WASHINGTON, D.C. – U.S. Senator Bob Menendez (D-N.J.) has iintroduced comprehensive legislation that will expand and improve access to essential benefits for veterans who served in the Gulf War and other wars in the region. Gulf War veterans often suffer from unexplained chronic symptoms known as the “Gulf War Illness”, which can include symptoms of fatigue, joint pain, memory loss, insomnia, and respiratory disorders. Exposure to pesticides and other toxins have been linked to these symptoms.

“Our military veterans have made invaluable sacrifices and served our country with honor and dignity. Our appreciation and gratitude must go beyond a single holiday and the occasional parade – we must show it by ensuring our veterans have access to the benefits and resources they need to live a healthy and successful life beyond their line of duty when they return home,” said Sen. Menendez. “This bill ensure more veterans qualify to receive critical VA benefits and that VA medical staff have the training to care for and examine veterans suffering from the Gulf War illness. I urge my colleagues to pass this bill quickly so that our country’s veterans receive the benefits they deserve.

“Although US military operations in the Persian Gulf are currently ongoing, the authorization to provide benefits will expire on December 31, 2021. The Improving Benefits for Gulf War Veterans Act would permanently extend VA’s authority to grant benefits for Gulf War Illness and would broaden the definition of Persian Gulf Veteran to include those who served in Afghanistan, Israel, Egypt, Turkey, Syria, and Jordan,” said Kristina Keenan, Associate Director of Veterans of Foreign Wars. “Additionally, since Gulf War Illness is difficult to identify, the bill would create a single Gulf War Disability Benefits Questionnaire (DBQ) for the associated symptoms and would provide training to VA medical examiners for Gulf War disability claims. The VFW thanks Senator Menendez for introducing this bill which would improve access to care and benefits for Persian Gulf War veterans.”

Permanently extend the period of eligibility for benefits

·         Currently, veterans must experience and report Gulf War illness symptoms by December 31, 2021 in order to receive disability compensation benefits from the U.S. Department of Veterans Affairs (VA). This sunset date, which has been extended by the VA five times, will be eliminated which will ensure veterans whose symptoms do not manifest until later in life receive the benefits they earned.

·         VA medical staff is currently not required to complete training before conducting Gulf War illness examinations, leading to a substantial number of veterans falling through the cracks and being denied VA benefits. The bill would require the VA to ensure department personnel are appropriately trained in dealing with Gulf War illness claims and to report to Congress annually on actions taken.

·         The VA currently assigns separate DBQs for each Gulf War illness symptom a veteran reports. The VA then orders examinations for each symptom without considering that one illness is connected to multiple symptoms, often leading to veterans’ claims being denied. The legislation would require the VA to develop a single DBQ for the Gulf War illness, which would facilitate more timely and accurate consideration of disability compensation for veterans suffering from the illness.

A copy of the bill can be found here.

What car is it