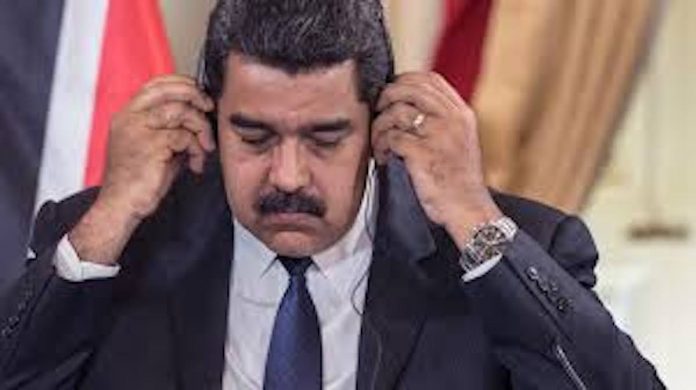 “After four years of empty promises and deceit, nobody believes Donald Trump had an epiphany on his last day in office and decided to protect the hundreds of thousands of Venezuelans he was forcing into the shadows,” Menendez said. “TPS is based in statute and is a legal immigration status, as opposed to Deferred Enforced Departure. That is why we are relaunching our campaign to actually stand with those fleeing the misery caused by the Maduro regime. With Democrats retaking the presidency and the majority in Congress, I am convinced we will no longer be stymied in our efforts to enact an immigration system that reflects our nation’s values. In consultation with the Biden administration, I look forward to finally making TPS for Venezuelans a reality in the near future.”

“In 2008, I saw with my own eyes what years of corruption, mismanagement, and autocracy did to destroy the Venezuelan economy and democracy.  Millions of Venezuelans have fled the violence and suffering for safety in neighboring countries,” Durbin said.  “We can do our part in the Senate by finally doing what the House did last Congress – passing legislation granting Temporary Protected Status to the Venezuelans in the United States so they are not forced back to the dangers of the failed Venezuelan state.”

While former President Trump refused to grant Venezuelans TPS during his four years in office, Senate Republicans repeatedly blocked Democrats’ Venezuela Temporary Protected Status Act of 2019, denying legal protection to an estimated 200,000 Venezuelans in the United States and allowing the Trump administration to continue forcefully returning them back to the Maduro regime. As the top Democrat in the Senate Foreign Relations Committee, Menendez launched an investigation into the Trump administration’s treatment of Venezuelan immigrants which revealed the Administration was conducting stealth deportations of Venezuelan nationals in possible violation of U.S. law and policies.

Established by the U.S. Congress through the Immigration Act of 1990, TPS is a temporary, renewable program that provides relief from deportation and access to a work permit for foreign nationals from certain countries who are unable to return safely to their home country due to natural disasters, armed conflicts, or other extraordinary conditions.

A copy of the Venezuela Temporary Protected Status Act of 2021 can be found here.