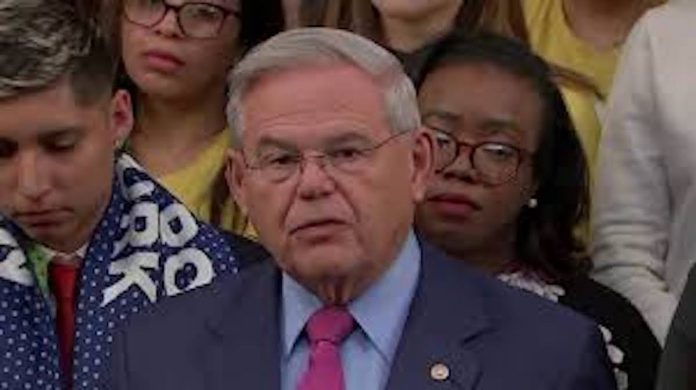 “As a grateful nation, we have an obligation to honor and support our World War II veterans by providing them with the VA health care and services they need and earned,” said Sen. Menendez. “Government red tape must not keep us from fulfilling this obligation to every remaining hero. It is well past time we eliminate the bureaucratic roadblocks and truly pay our respects to the Greatest Generation who put their lives on the line to defend our freedom.”

“The world is a better place today thanks to the service and sacrifice of those who fought against tyranny during World War II. We should give them the highest quality care available without a second thought,” said Sen. Cramer. “Our bill removes any roadblocks preventing these patriots from accessing the assistance they need and deserve.”

The VA determines a veteran’s eligibility for cost-free health care benefits based on a variety of factors such as military service history, disability rating and income level. The Veterans Health Care Eligibility Act of 1996 exempted all Spanish American War and World War I veterans from having to meet certain requirements in order to receive VA health care benefits. The WWII Veterans Hospital and Medical Eligibility Act will extend the exemption to include WWII veterans.

“Unfortunately, due to bureaucratic loopholes, many World War II veterans don’t have access to the healthcare benefits they’ve earned,” said Sen. Booker. “Now more than ever during this global pandemic, we must ensure that our heroes have access to the best possible care. The WWII Veterans Hospital and Medical Eligibility Act will extend health care benefits to all World War II veterans and ensure they can live their lives with the dignity and respect they deserve.”

“The men and women who endured the Great Depression and defended the U.S. homeland during WWII will forever be remembered as the Greatest Generation,” said Sen. Daines.  This bill honors those remaining veterans by ensuring they receive the care they need.”

“Our World War II veterans – part of the Greatest Generation – stepped up to serve our nation and defend freedom around the world,” said Sen. Coons. “We owe them an enormous debt of gratitude, and I’m proud to introduce this bipartisan legislation with my colleagues to ensure they receive the high quality care they have earned.”

“The men and women in uniform who fought valiantly in World War II deserve the highest standard of care and should receive VA benefits to the fullest extent,” Sen. Rubio said. “I am proud to introduce this legislation, which would remove the limitations that prevent some WWII veterans from receiving the health care benefits they are owed.”

“The brave American soldiers who served in World War II are the ultimate defenders of freedom,” said Sen. Tillis. “We owe them our sincerest gratitude, and that includes providing them with the best care possible. By cutting bureaucratic red tape, this legislation gives World War II veterans the respect and benefits they deserve.”

“When we ask people to defend and fight for our nation, we make a promise to take care of them when they return home,” said Sen. Klobuchar. “This bipartisan legislation will enable our World War II veterans to receive the benefits and support they earned.”

“Only 325,574 of the 16 million Americans who served in World War II are still alive, and as many as 296 pass away every day. However, not all of these veterans are eligible for VA healthcare services. The Veterans Health Care Eligibility Act of 1996 exempted all veterans of the Mexican border period and World War I from the means test required to enter the VA healthcare system. It is time to do the same for our World War II veterans,” said James W. “Bill” Oxford, National Commander of The American Legion. “The American Legion is proud to support this legislation and calls for this bill to be swiftly passed before it is too late for the veterans of the Greatest Generation.”