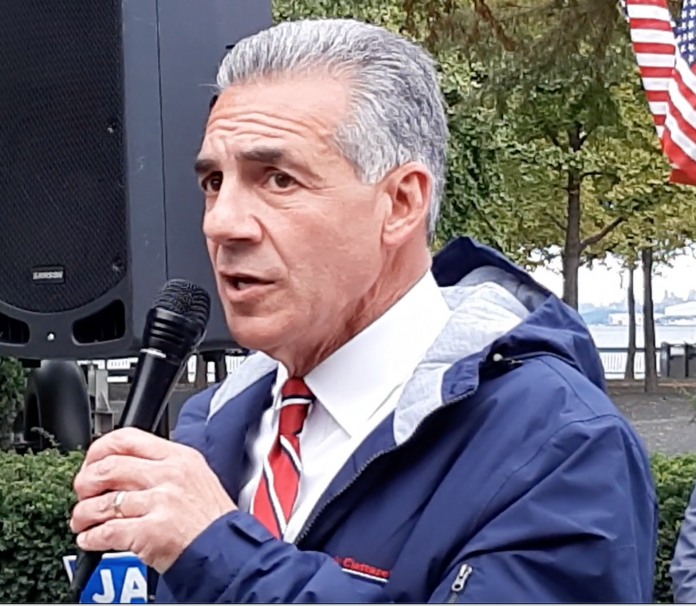 Former Assemblyman Jack Ciattarelli, the Republican candidate for Governor in Tuesday’s election, made a campaign stop in Hoboken on Wednesday afternoon and implored supporters to vote.  Ciattarelli says, despite the latest Monmouth poll which has incumbent Governor Phil Murphy ahead by eleven percentage points, the race is a dead heat among likely voters.

Ciattarelli says this week’s Project Veritas video of Murphy campaign advisor Wendy Martinez saying the Governor plans to institute mandatory vaccines after election day, despite the Governor’s denial, proves Murphy is being disingenuous with the public and it’s time he come clean.

No Democratic Governor has been re-elected to a second term in New Jersey in four decades.  .Ciattarelli is confident that “Murphy will be one and done in ’21” come Tuesday night.  We will soon find out if that is the case.