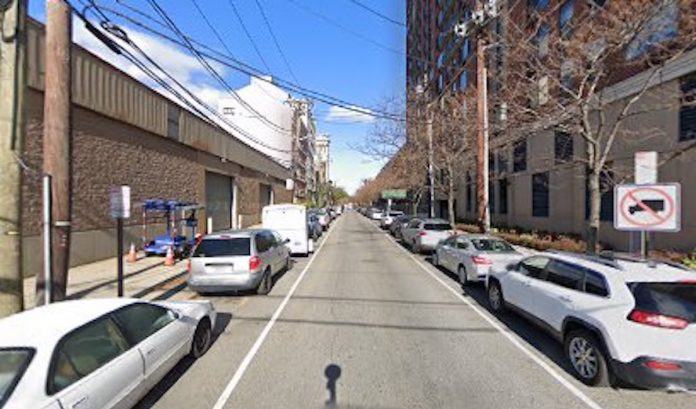 A car crash on Friday afternoon in Hoboken resulted in the arrest of 56-year old Joshua Madden of Hoboken on a DWI charge according to Detective/Lieutenant Danilo Cabrera.  The incident took place at 115 Park Avenue, shortly before 5 pm.

According to Lt. Cabrera, at about 4:50 PM, Police Officer Tyrone Huggins responded to the area of 115 Park Avenue on a report of a motor vehicle crash and a possible dispute. While at the scene, Officer Higgins learned that a blue Subaru was passing a parked grey Nissan when it collided with its open rear driver side door.

The door was open while a father was securing his child in the rear seat. Neither the father nor child was injured.

As Officer Huggins interviewed all parties involved, he suspected the Subaru operator to be under the influence of an intoxicant. As a result, Police Officer Bianca Arroyo and Police Officer Arturo Gonzalez responded and Officer Arroyo conducted a standardized field sobriety test. The operator of the vehicle was identified as Madden.

Officer Arroyo determined that Madden was unable to safely operate a motor vehicle in a safe manner and he was placed under arrest for driving while intoxicated.  Madden was transported to police headquarters where he refused to provide breath samples for chemical testing. Madden received motor vehicle summonses for DWI, refusal to submit to chemical testing, and reckless driving.

Madden was released to a responsible party with a court date and he is innocent until proven guilty in a court of law.