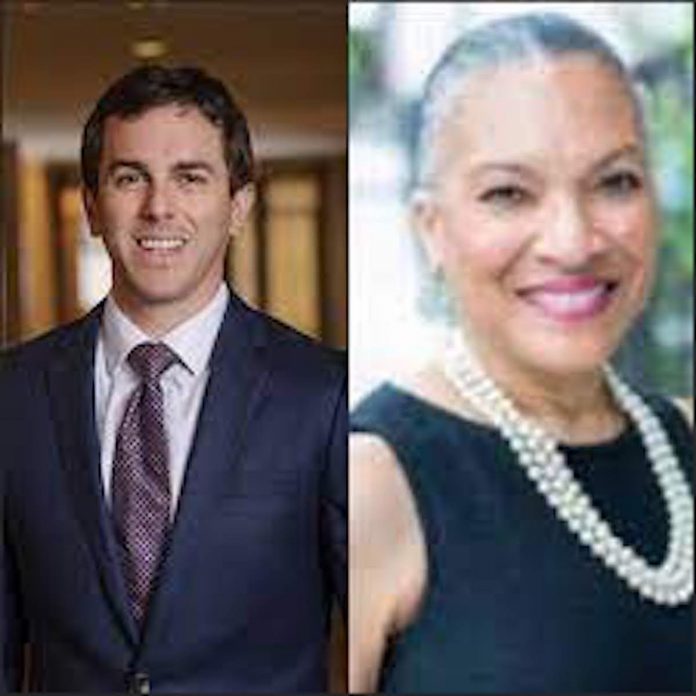 Earlier today, New Jersey Governor Phil Murphy confirmed a not so well kept secret.  He will indeed nominate attorney and Jersey City resident Bob Menendez, Jr., son of the United Stated Senator from New Jersey, as well as another Hudson County figure, Michelle Richardson, the Executive Director of the Hudson County Economic Development Corporation, to the Port Authority Board of Commissioners, one of the most powerful entities in the region.

Full details are outlined in the following press release from the Governor’s office:

“It is my pleasure to nominate this group of experienced and capable professionals to the Board of the Port Authority of New York and New Jersey,” said Governor Murphy. “I know that Michelle, Dana, and Rob will continue and build upon the great work that Kevin and the other Commissioners have done over the years.”

Michelle Richardson serves as the Executive Director of the Hudson County Economic Development Corporation (HCEDC). Prior to her current position, she worked as the Director of Hudson County’s Department of Parks and Community Service, Assistant Commissioner of the New Jersey Department of Labor Workforce Development and the New Jersey Department of Community Affairs. Ms. Richardson also spent time at the Housing Authority of the City of Jersey City, and JP Morgan Chase & Company. She received her undergraduate degree at Emerson College before earning her master’s degrees at Columbia University. Ms. Richardson serves on various boards and advisory committees including, the Hudson County Community College President’s Advisory Council on Diversity, Equity, and Inclusion and is a member of the board of New Jersey Community Capital.

Rob Menendez, Jr., is Counsel at the law firm of Lowenstein Sandler LLP. Before joining the firm, he served as an Eagleton Executive Fellow in the Port Commerce Department, working on various port initiatives and legal matters. Mr. Menendez began his career as a judicial intern for the Hon. William J. Martini, U.S.D.J. Mr. Menendez received his law degree from the Rutgers University School of Law and a bachelor’s degree in Political Science from the University of North Carolina at Chapel Hill. He also volunteers as a trustee at the Hudson School in Hoboken.

Kevin McCabe currently serves on the Port Authority of New York and New Jersey Board of Commissioners. He is a Partner at River Crossing Strategy Group, a Trenton-based governmental affairs firm. Prior to his current role at River Crossing Strategy Group, Mr. McCabe was the President of the Carpenters Contractors Trust. Mr. McCabe previously served as the Commissioner of the New Jersey Department of Labor and Workforce Development and as the Chief of Staff to the Mayor of Woodbridge. He also serves as a board member of the John J. Heldrich Center for Workforce Development at Rutgers University and as a trustee for the New Jersey Hall of Fame Foundation. Mr. McCabe previously served as an adjunct professor at Kean University, teaching labor-management relations. Mr. McCabe holds a Master of Public Administration degree in the School of Public Affairs & Administration from Rutgers University and a Bachelor of Arts degree in Political Science from Kean University. Mr. McCabe and his wife Laurie are the proud parents of two children and currently reside in Metuchen in Middlesex County.