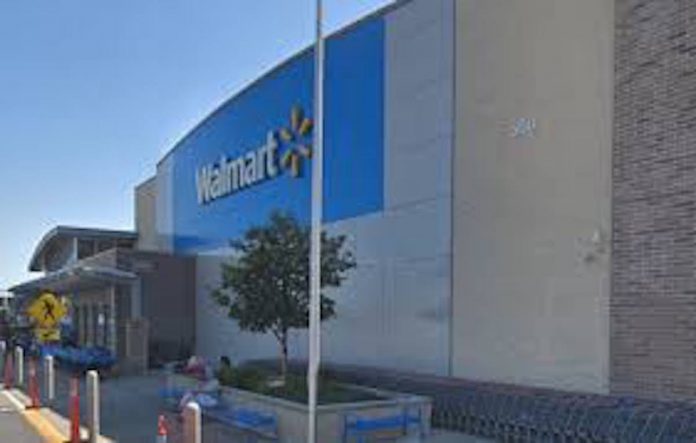 On Saturday morning, Bayonne Police were dispatched to the Walmart on a report of a male shoplifter who had fled the store.  According to Captain Eric Amato, 23-year old Edgar J. Santana of Bramhall Avenue in Jersey City tried to flee the store after being confronted by the Walmart Loss Prevention Agent, but Santana shoved him out of the way and fled.

When officers arrived and attempted to place Santana under arrest, he began acting aggressively toward the officers.  He then pushed one of the police officers and refused to be placed in handcuffs and again attempted to flee the scene.

It was at that point that officers deployed a short burst of pepper spray and Santana complied and was placed in handcuffs.  The incident came to a conclusion at 10:07 am in the vacinity of the 22nd Street Light Rail Station platform.

That’s when police learned Santana was wanted on an outstanding arrest warrant issued out of New Hampshire.  Police did not divulge what charges Santana’s arrest warrant were for, but he was charged as a fugitive from justice.

Additionally, he faces charges of robbery, resisting arrest and aggravated assault on a police officer.

Also on Saturday afternoon, at 3:45, Bayonne Police arrested 30-year old Brian M. Sweeney of East 49th Street in Bayonne with shoplifting.  He was charged with taking $157.27 worth of merchandise from Stop and Shop.