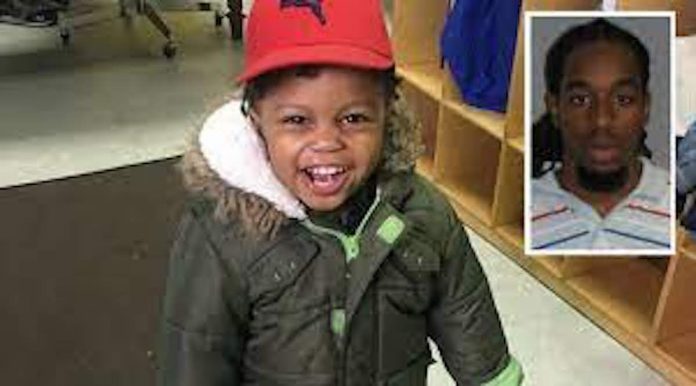 The New Jersey Appellate Division has affirmed the 2019 murder conviction of a Jersey City man who was found guilty of the brutal beating death of a 23-month old boy, Bryce Sparrow, while was he was babysitting him. Andrew Howard-French, age 30, of Jersey City, who is serving a life sentence in New Jersey State Prison, appealed the conviction on various grounds – all of which the court denied. ―We are pleased with the Appellate Division’s decision in this case as this was a particularly heinous and heartbreaking murder of an innocent child for which the defendant showed no remorse,‖ said Hudson County Prosecutor Esther Suarez. ―We thank the jurors who served on this trial and the prosecutors who worked at the trial and appellate levels to ensure justice was served.

On Tuesday, July 17, 2018, at approximately 3:30 p.m., Jersey City Police Officers were dispatched to 115 Van Wagenen Avenue in Jersey City on a report of a child with life- threatening injuries. The child, later identified as 23-month-old Bryce Sparrow of Jersey City, was transported by Emergency Medical Services to the Jersey City Medical Center where he was pronounced dead at approximately 3:45 p.m.

Howard-French was found guilty by a Hudson County Jury in October 2019 of first-degree murder, N.J.S.A. 2C:11-3(a)(1) and (2); second-degree endangering the welfare of a child, N.J.S.A. 2C:24-4(a)(2); and third-degree endangering an injured victim, N.J.S.A. 2C:12-1.2(a). During the course of the trial, the State presented evidence establishing that the victim suffered multiple blunt force injuries resulting in his death. He was sentenced to life in prison for the murder charge and an additional five years in state prison for endangering an injured victim to run consecutive to the life sentence. On the count of endangering the welfare of a child, Howard-French was sentenced to 10 years in state prison to run concurrent to the life sentence.

The life sentence is subject to the No Early Release Act which requires that Howard-French will have to serve 85 percent of 75 years — or 63 years and 9 months — before he is eligible for parole.

The Appellate Division’s decision in its entirety can be read at: https://www.njcourts.gov/attorneys/assets/opinions/appellate/published/a2456-19.pdf?c=luR .