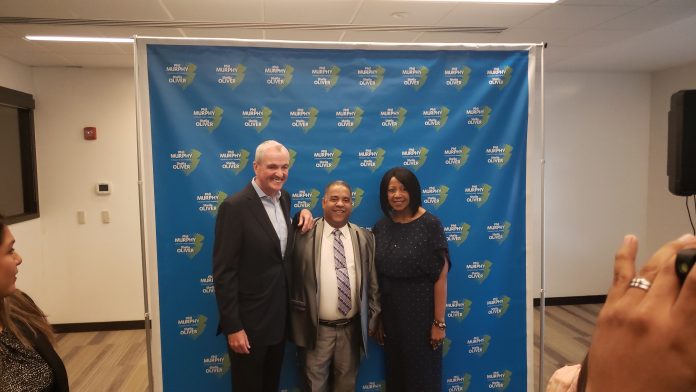 The NJCLPM, which includes and represents more than 420 faith leaders and roughly 47,000 parishioners respectively, gave praise to the policy agenda of Governor Murphy and Lt. Governor Oliver, which is focused on fairness and has been key to uplifting New Jersey’s Latino communities and families.

“Over the last four years and very difficult times due to this unprecedented pandemic, New Jersey has led the way on many fronts,” said Reverend Raul Ruiz, President of the NJCLPM.   “This progress could not have been possible without of the efforts of Governor Phil Murphy and Lt. Governor Sheila Oliver’s administration.  Together they have led an agenda rooted in compassion, fairness, and inclusiveness, building opportunities for all New Jersey residents to be part of a bright future.”

Several faith leaders from the state spoke to the gathered crowd before Governor Murphy and Lt. Governor Oliver each took the stage.

“From day one, we’ve worked collaboratively with out communities of faith to further our promise of building a stronger, fairer, and more inclusive New Jersey where everyone belongs and everyone gets an equal shot,” said Governor Murphy. “I’m honored to have earned the endorsement of the New Jersey Coalition of Latino Pastors and Ministers, and share their deep passion for empowering New Jersey’s Latino families and communities to ensure they can live up to their fullest potential.”