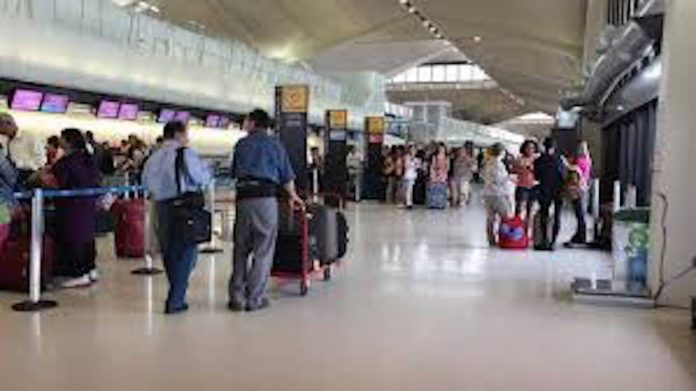 Gates in the A1 Concourse of Terminal A are Scheduled for Closure September 30 to Facilitate Completion of New, State-of-the-Art Terminal Replacement

Beginning September 30, 2021, one of three passenger gate areas currently in operation at Newark Liberty International Airport’s Terminal A will be closed to make way for the final construction phases of the new state-of-the-art Terminal A, which is scheduled to open in spring 2022.

The A1 passenger gate area, which has six gates, will be demolished as part of the airport’s $2.7-billion redevelopment program. This will result in a shift in flight operations that could result in increased wait times at peak periods. As a result, Terminal A travelers are urged to arrive no later than two hours prior to scheduled departure times, in view of the temporary, six-month reduction in Terminal A gates.

Travelers can look forward to a dramatic expansion in gate capacity when the new Terminal A opens with 21 gates next spring and adds another 12 gates by the end of 2022, bringing the total to 33 gates as part of a new, world-class facility.

“This is a necessary step in delivering a world-class airport able to handle future passenger growth and improve the customer experience,” said Newark Liberty General Manager James Gill. “We are working  with our airport partners to keep flight operations running smoothly. We appreciate everyone’s patience as we continue to move closer to the unveiling of the new Terminal A.”

Air Canada and JetBlue, the two airlines directly affected by the closures, will shift flights to the other two gate areas of Terminal A. JetBlue is also shifting flights to Terminal B in response to the closures. American, Alaska, and United Express will continue their operations unchanged in the Terminal A2 and A3 concourses.

For up-to-date security wait times, visit Newark Airport’s website (here). For navigating through the airport and for what travelers need to know, visit the airport travel tips page (here) or subscribe to advisories and updates (here).

The $2.7 billion Terminal A Redevelopment Program is designed to replace the outmoded, nearly 50-year-old Terminal A. It will deliver a new terminal measuring one million square feet with the 33 new gates to create a world-class facility. In addition to associated roadway and airside improvements, an integral component of the project is a new six-level, 3,000-car parking garage and a centralized car rental facility currently being built.

The new Terminal A is slated to open its first gates in spring 2022, with a full completion on target for late 2022. In addition to the Terminal A project, the Port Authority is replacing the EWR AirTrain, which has reached the end of its useful life. The new AirTrain will provide modern rail transit enabling passengers and employees a world-class travel experience.