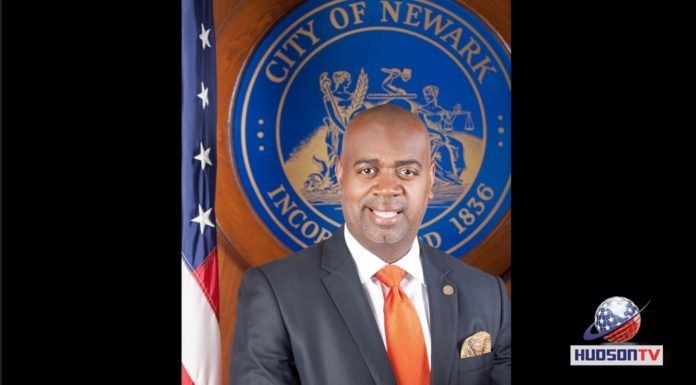 As hundreds, even thousands, of protests continue across the United States in the aftermath of the senseless killing of George Floyd by four members of the Minneapolis, Minnesota Police Department, the Mayor of New Jersey’s largest city is about to introduce a landmark piece of legislation.

Newark Mayor Ras Baraka intends to ask the City Council to approve an ordinance which denounces racism, hate crimes and police brutality, while declaring that white supremacy groups are terrorists.

“We are long overdue on a measure such as this,” Mayor Baraka said. “For this country to heal, we must begin to legally challenge the insidious and dehumanizing tenets of white supremacy, once and for all. We must stand up forcefully against racism and have the courage to take on the legal challenges an ordinance such as this will attract.”

Newark Corporation Counsel Kenyatta Stewart said, “We will welcome challenges to the ordinance. You can’t enjoy free speech when you can’t breathe, and our first human right is to be able to live.”

The proposed ordinance will do numerous things under the new, Office of Violence Prevention, which will be led by a coordinator appointed by the Mayor:

‍• Establish a database (registry) of hate groups now existing within the United States and add to that list as new groups are identified. Hate groups are defined as those that vilify entire groups of people based on immutable characteristics such as race or ethnicity.

• The ordinance will also declare these hate groups, including groups characterized as White Supremacists, Nazi groups, the KKK, as terrorists, ban them from the City and make any actions by them illegal.

‍• The ordinance will also close the 1st Precinct of the Newark Police Division on 17th Avenue by December 31, 2021, and the building will be transitioned into a museum detailing the history of the Newark Police Department including the positive progress it has made with community relations, an office of workforce development, the headquarters for the Anti-Violence Initiative and a trauma center for health recovery and healing from acts of violence.

Saying the proposed ordinance is not a “publicity stunt,” Baraka stated that hate groups are “a serious threat right here in New Jersey.”  According to the New Jersey Office of Homeland Security, there has been white a tremendous uptick in the number of white suoremacy groups in the last few months.

In closing the 1st Precinct, the Mayor spoke about putting the building on a new historic trajectory. The building, at the corner of 17th Avenue and Livingston Street, was the Fourth Precinct in 1967, where the Newark Rebellion began.

“There is a negative history in that building,” Mayor Baraka said. “We are going to set it on a course of positivity.”