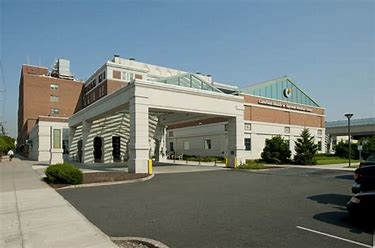 Well, the state thought otherwise.  The New Jersey Health Department responded to the request in a letter dated June 24th, saying that the transaction “does not meet the standards” for an expedited process.  BMC Hospital, LLC may still apply again via the normal application procedure.

What this all means is simple.  The fight over who ultimately winds up “the winner” in the sale of the hospital will drag on longer.  This could take months to resolve.  It’s already been nearly twelve months and residents and elected officials are still unaware of the fate of the Bayonne Medical Center.

In fact, the future of CarePoint Health’s other hospitals in Hudson County, Hoboken University Medical Center and Christ Hospital in Jersey City, also remains up in the air.  Who will operate those facilities?

The tug-of-war over the Bayonne Medical Center sale features BMC Hospital, LLC, which is comprised of investors at Surgicore, a for-profit surgery center.  They signed their letter of intent to buy BMC in March.  However, in early June, another potential buyer, the Hudson Regional Hospital in Secaucus, emerged.  For the past four weeks the battle has ramped up.

Bayonne and Hudson County elected officials, residents, Bayonne Medical Center staff, doctors and nurses favor BMC Hospital, LLC “to win” the purchase war.  Meanwhile, Hudson Regional has a deal in place to buy the property, the actual land the hospital sits on.  When that deal is finalized, the Secaucus-based hospital says it will not allow BMC Hospital, LLC to operate the facility.

Could this get any more complicated or frustrating for everyone involved?

So, as the battle continues, CarePoint Health continues to lose money.  Reportedly, they have seen losses of $30 million at the Bayonne Medical Center during the past 24 months.