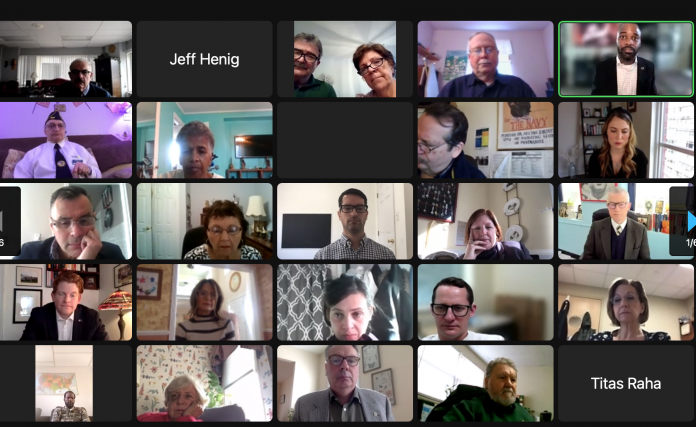 The New Jersey Reentry Corporation, a non-profit organization based in Jersey City, hosted a Veterans Roundtable Discussion this morning via Zoom.  The event was hosted by former Governor Jim McGreevey, Chairman and Board Member of the Corporation, 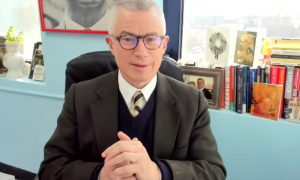 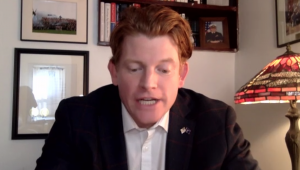 The discussion focused on the need for New Jersey to take legislative action to meet the challenges faced with departmental discharge and Veterans Administration determination of benefits for the nearly 8,000 New Jersey veterans who received less than an honorable discharge from service.  These veterans have struggled to receive medical coverage, addiction treatment and mental health care.

Sheehan stated, “We have Iraq and Afghanistan veterans here in New Jersey suffering from what has become the signature wounds of war:  Post-Traumatic Stress Disorder (PTSD), Traumatic Brain Injury (TBI), and Military Sexual Trauma (MST) – and not getting help.” 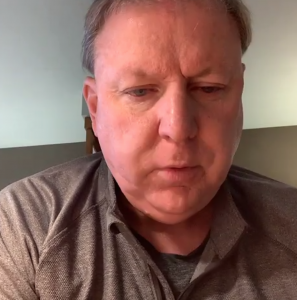 Senator Sandra Cunningham (D-District 31), the Senate President Pro Tempore and a member of the Budget and Appropriations Committee, was unable to attend, but she has long been a supporter of giving people second chances as they re-enter society.  She was recognized by former Governor McGreevey for the work she has done on this important issue.

The next step is for legislation to be drawn up.  Currently, New York and Connecticut have legislation on the books to address the situation and fill the gap for those military veterans who have struggled with various ailments, both mental and physical, since getting an Other Than Honorable (OTH) discharge.  Those people participating in today’s Zoom seemed to agree that the VA needs to be left out of the equation initially, with certification of a veterans’ disorder being a priority.

As it currently stands in New Jersey, veterans who receive Other Than Honorable discharges are not automatically entitled to benefits, but they can appeal.  This, however, generally takes months to years to resolve.

Sheehan says so many veterans are homeless and suffering from one of four issues: PTSD, Post-Traumatic Stress Disorder; TBI, Traumatic Brain Injury; MST, Military Sexual Trauma; and Don’t Ask, Don’t Tell, which sees military personnel hiding their sexuality.  Any of these can, and do, lead to mental health disorders and/or drug addictions.  That’s why the New Jersey Reentry Corporation is calling for any proposed legislation to include mental health care and drug addiction services.

Sheehan stated, “We want veterans to be able to go their own doctors, side stepping the VA, so their own doctor can diagnose their condition.  Then the process can move forward and provide needed, mental health care approval in a more timely fashion.”

Former Governor McGreevey told Hudson TV in a phone call following today’s Zoom meeting that, “At a minimum, we as a nation, should not leave these persons worse off than they were when they volunteered to serve our country.  The VA ought to be about providing services for people who served, not denying them help for a minor mistake they committed which resulted in a OTH discharge.”

The proposed legislation, once drawn up, would most likely be prime sponsored by Senators Cryan, Cunningham and Vitale.