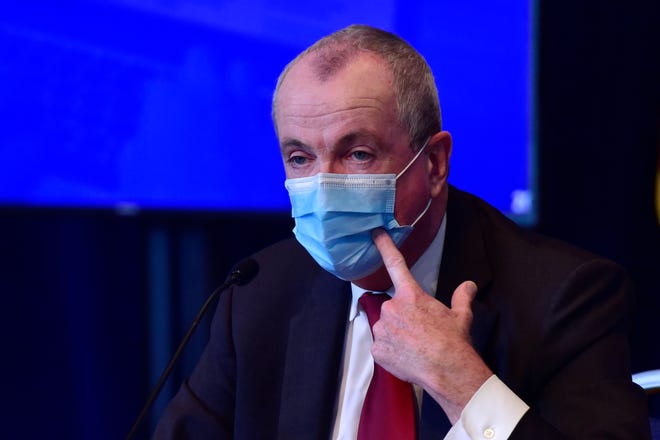 The NJDSC released a press release on Monday expressing the organization’s outrage for the open defiance by those GOP members who have been critical of the requirement for face coverings.

NJDSC Executive Director Saily Avelenda made her feelings known, and quite honestly, she is not happy, as you can read below:

TRENTON, NJ — By loudly and publicly opposing Governor Phil Murphy’s recent executive order calling for residents to wear masks outside when social distancing is not possible, Trenton Republicans are continuing their shameful and mindless campaign to undermine the Governor in an attempt to score cheap political points with their radical conservative base. Rather than put the health and safety of New Jerseyans first, Republicans have consistently been wrong and reckless in their partisan response to the pandemic — from embracing conspiracy theories and unproven treatments, to calling for businesses to reopen too soon, to now opposing a mask order that health experts say can help stop the spread of the virus.

“Trenton Republicans and other like minded politicians have revealed themselves during this crisis to be fundamentally out of touch with the vast majority of residents,” said Saily Avelenda, NJDSC Executive Director. “They’re playing the same kind of political games that led to the massive spikes in new COVID-19 cases we are seeing throughout much of the country by following President Trump’s lead and ignoring the pandemic. You don’t need to look any further than New Jersey’s standing as one of only three states currently on track to contain COVID-19 to see that the Governor’s approach is working while Republican-led states that reopened too soon are now suffering. It is shameful that, simply for the sake of partisan politics, New Jersey Republicans are willing to oppose proven science and data driven decisions to keep New Jerseayns safe. It’s dumb politics and even worse policy.”

Many Republican governors and other elected officials have backtracked on their mask opposition as new COVID-19 infections surged throughout the country, but that has not been the case in New Jersey as conservative media figures continue to gin up opposition to wearing masks with no pushback from GOP leaders.

“Governor Murphy’s mask order isn’t just backed up by science and data, it’s also supported by the vast majority of New Jerseyans who understand the seriousness of this situation,” said NJDSC Spokesman Philip Swibinski. “Trenton Republicans need to stop playing games with peoples’ lives and understand that they are doing real harm with their baseless conspiracy theories and partisan attacks. If Governor Murphy had caved to Republican threats there is little doubt that more people would have gotten sick and more businesses would have suffered — but the Governor put science and data first and New Jersey is now a national leader in combatting the pandemic.”