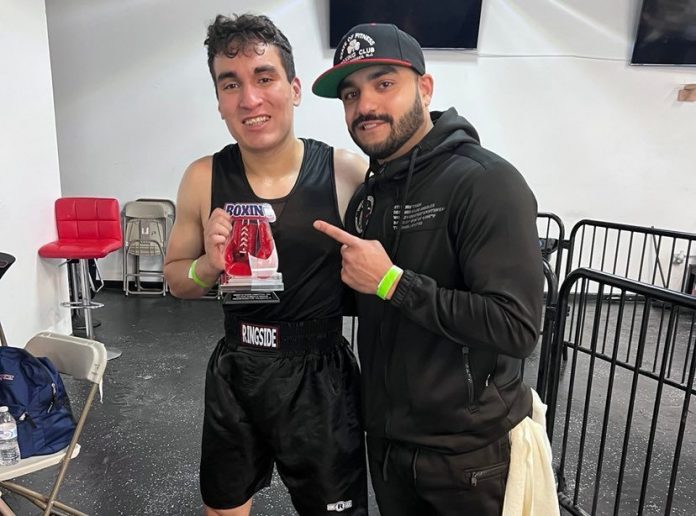 Gianmarco Marin scored a decision victory over Khalil Finney in a middleweight bout, while Emmanuel Martinez dropped a decision to Eric Page in a welterweight match.

Marin, age 20, of North Bergen, registered his second win in as many weeks, outfighting Finney, also 20. Marin used relentless pressure and body punching to overwhelm the hometown fighter, just as he had in his second round stoppage victory over Nicholas Wilson on April 29 in Boonton.

The victory adds valuable experience to Marin, who will be competing in the 156-pound novice division of the New Jersey Golden Gloves tournament, which begins next month.

“Winning back to back fights has helped boost my confidence to an all-time high,” said Marin. “I’m excited to keep my momentum going so I can bring the Golden Gloves championship back to North Bergen.”

Martinez, age 27, of Keyport, started off his bout with a bang, knocking down the much larger Page with a right hand in the first round before losing a close decision. Martinez will be competing as a 147-pound sub novice boxer in this year’s Golden Gloves tournament.

Both Marin and Martinez are trained by Mike Pacheco out of the State of Fitness Boxing Club, which is located at 508 73rd Street in North Bergen.

The gym opened in 2016 and is owned by Desmond Boyle, senior firefighter at the North Hudson Regional Fire Department. The gym has developed numerous amateur champions from tournaments such as the Golden Gloves, Diamond Gloves and Battle on the Beach.