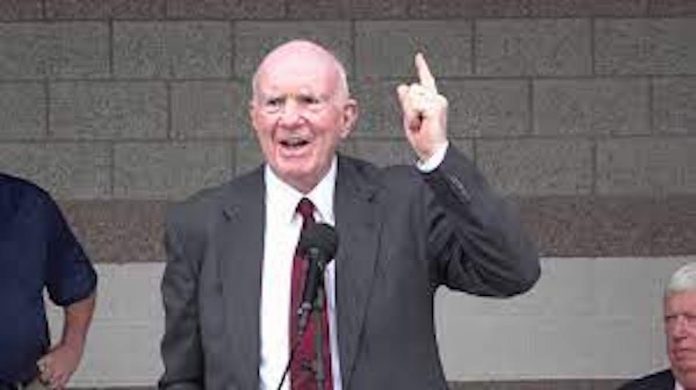 Hudson TV has learned from a reliable source, his daughter, that Frank Gargiulo will not seek re-election to the North Bergen Board of Commissioners on May 9, 2023.  Gargiulo, who will turn 84 in May, is the only Republican on the non-partisan Board.

Gargiulo informed members of the Town Committee of his decision during a meeting on Thursday.  Gargiulo serves as Public Works Commissioner.  He was first elected to the non-partisan Board in 1988.

He served one term as an elected, New Jersey Assemblyman in the 1980s.

He was a longtime Superintendent of Schools of the Hudson County Schools of Technology before retiring several years ago.  The new campus which houses High Tech High School in Secaucus is named in his honor.

With Gargiulo choosing not to seek re-election, Mayor Nicholas Sacco will now have to find two, new running mates for the May election.  Commissioner Julio Marenco will be vacating his seat, as he is seeking a New Jersey Assembly seat in the 33rd Legislative District on Senator Brian Stack’s ticket.