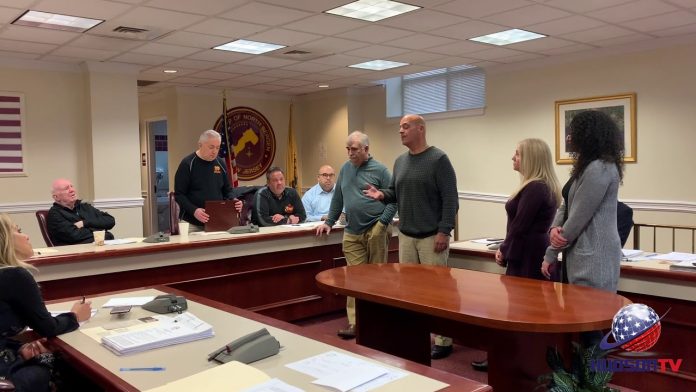 A graduation certificate was presented from the Community Anti-Drug Coalitions of America (CADCA), bringing the NBPC one step closer to receiving a $1.25 million grant for substance abuse prevention. The grant will be distributed over ten years at $125,000 per year.

Led by Chairman John Belluardo and Coordinator Nick Biamonte, the NBPC is committed to battling the opioid epidemic and youth substance abuse. Established 30 years ago as the North Bergen Drug Alliance, the organization recently changed their name to NBPC as part of their progress toward achieving the grant. Members participated in three-week training sessions in San Antonio.

NBPC was one of only three organizations nationwide that were selected as eligible for the grant. Earlier the NBPC received a $150,000 federal grant via the White House Office of National Drug Control Policy (ONDCP) to combat drug and alcohol addiction. As part of the grant, the coalition were mentored by Partners in Prevention and the Hudson County Coalition for a Drug-Free Community.

Chairman Belluardo and Coordinator Biamonte were both on hand with other members of the NBPC to accept congratulations from the mayor and commissioners for their hard work.

Recipients of the $1.25M grant will be announced in September.