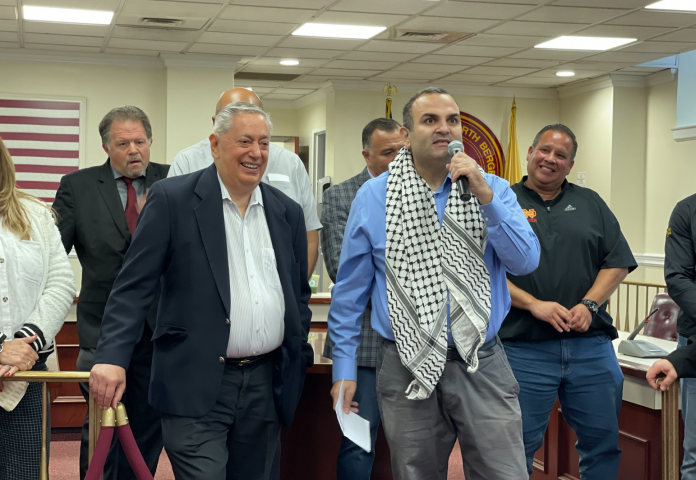 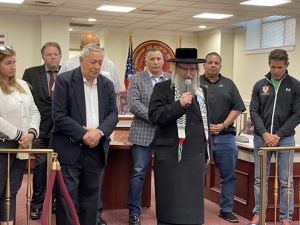 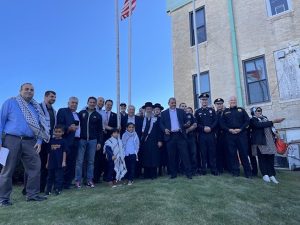 Mayor Nicholas Sacco greeted the celebrants inside the Municipal Chambers, where Certificates of Recognition were given to Mohammad Al Huda and Hala Shehadeh for their leadership, dedication, and support to the Islamic community.  Local school teacher Bader Risheg and Paterson Mayor Andre Sayegh both spoke at the occasion on behalf of the American Muslims for Palestine. 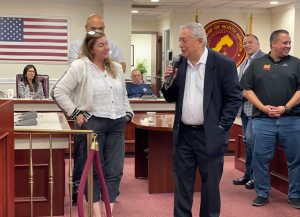 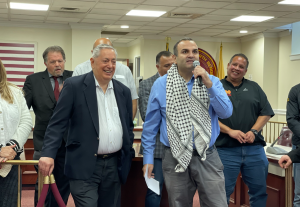 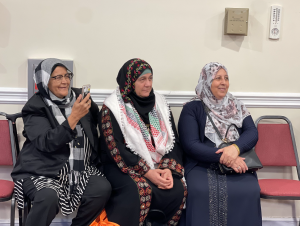 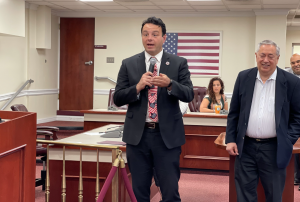