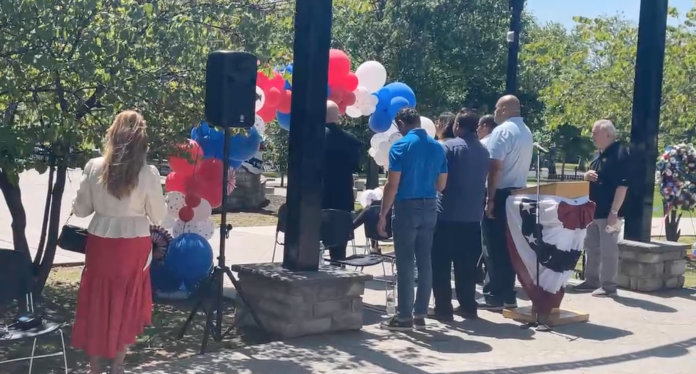 North Bergen Commissioner Julio Marenco (a US Navy veteran himself) offers his thoughts on the importance of Memorial Day.

It’s the unofficial start of summer; beach trips, barbecues and time in the great outdoors.

But for the military families whose loved ones were casualties of war, it’s so much more. They grieve their fallen on this three-day weekend — often on trips to the cemetery.

Mayor Nicholas Sacco led the tributes to those who made the ultimate sacrifice.

He was joined by The Township of North Bergen, including the commissioners, County Commissioner Anthony Vainieri wanted to be there but something came up, VFW American Legion Post 33 veterans and others at Braddock Park’s Veterans Memorial near Bergenline Avenue and 91st Street.

It was a somber day as Pastor Haviland from Hudson Vineyard Church performed the invocation, the North Bergen High School Band played “Taps” and Mariana Gomez performed the National Anthem.