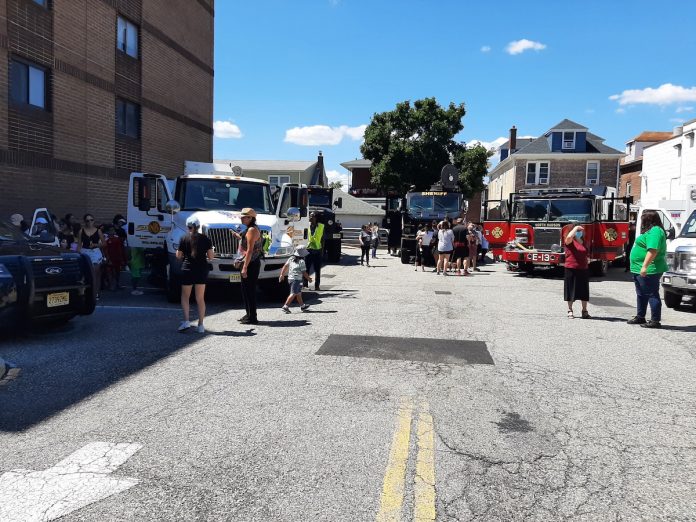 During a sunny Friday afternoon in the parking lot of the main branch of the North Bergen Public Library on Bergenline Avenue, youngsters and their parents gathered to “Touch A Truck.”  It was the fifth year the library and the township’s various service departments came together to allow kids to see their vehicles. 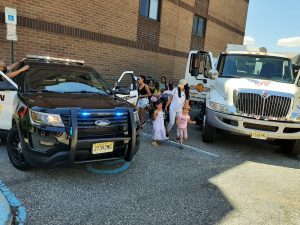 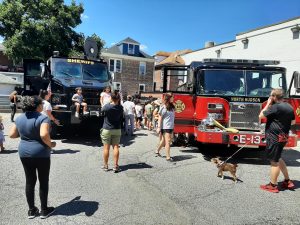 The kids got to sit in a police car, sound the siren, and talk to police officers.  They were able to tour the inside of an ambulance and see a fire truck up close.  They sat in the driver’s seat and even were able to put on part of the firefighter’s protective equipment. 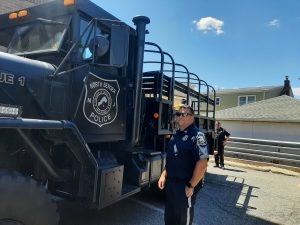 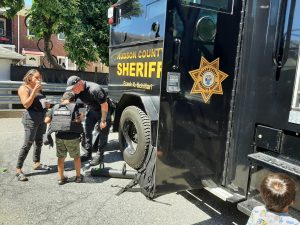 A North Bergen DPW street sweeper was there, as was a SWAT truck from the Hudson County Sheriff’s Department and a massive North Bergen Police Department rescue truck.  Every vehicle drew oohs and aahs from the kids.  And the parents had a wonderful time taking pictures of their children exploring all of the vehicles. 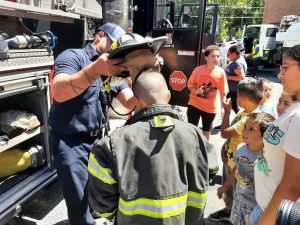 North Bergen Library Director Sai Rao said this year’s event was the biggest ever.  It was a tremendous way for the kids and the local workers, firefighters, police officers and EMS personnel to meet each other and bond as a community.  And the two hour event was topped off with free ice cream for everyone who attended.