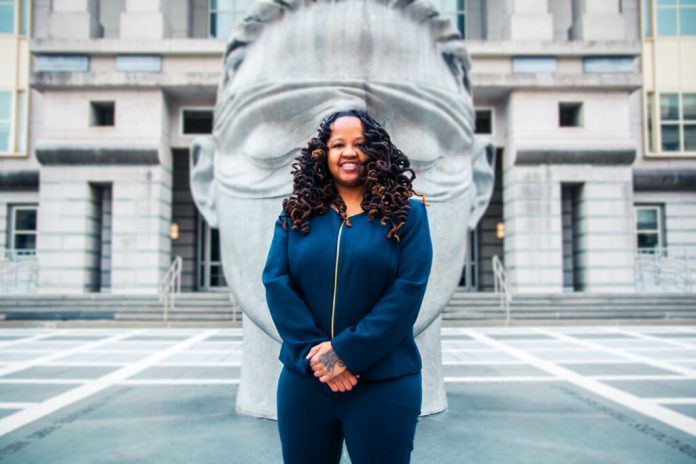 “‘Black Lives Matter’ is not an empty slogan to me,” said Oakley. “It represents the bare minimum demand for respect for me, my family, and my community. My platform includes specific details of how we’re going to fight back against white supremacy, including a counterterrorism task force narrowly aimed at white supremacist organizations, a plan to invest in the community and divest from further militarization of the police, a National Truth and Reconciliation Commission, and checks for reparations for descendants of enslaved people. I am both honored and invigorated by Black Lives Matter PAC’s support for me and this platform.”

“We are building a progressive movement aimed at the forces hurting our communities,” Oakley said. “As Congresswoman, I will work tirelessly to win a future where we can be safe from the violence of white supremacy.”

Imani Oakley is a long-time political organizer and pro-democracy activist running for Congress in New Jersey’s 10th Congressional District. The seat covers parts of Essex, Union, and Hudson counties. Her time working in New Jersey political spaces has made one thing clear: our state suffers from rabid corruption. Her campaign is dedicated to ending this system and lifting up working-class communities. Look for her in Ballot Siberia (the area of your New Jersey ballot where primary challengers are found) in the New Jersey primary election on June 7.