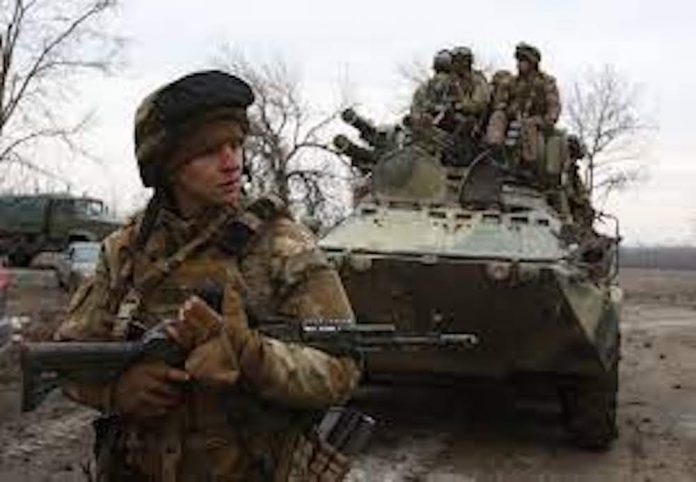 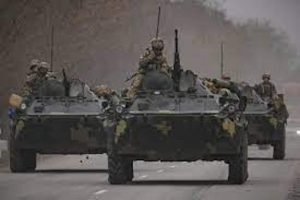 “Tonight, my heart is heavy for the people of Ukraine. As we pray for them in this dark moment of uncertainty, it is clear that history will prove Vladimir Putin’s decision to sacrifice the lives of countless Ukrainians and Russians was made out of fear—fear of allowing a neighboring independent, sovereign nation to pursue democracy and freedom.

“This unprovoked attack has brought into sharp focus the need to expel the current Kremlin leadership from the international community. Today must mark a historical shift in how the world views and deals with the despot in Moscow.

“The United States and our allies have successfully galvanized an international coalition to counter Russian aggression; now we must refuse to stand by and watch innocent Ukrainian men, women, and children suffer. As Chairman of the Senate Foreign Relations Committee, I am committed to ensuring that the United States upholds our responsibility to exact maximum costs on Putin, the Russian economy, and those who enabled and facilitated this trampling of Ukraine’s sovereignty.

“Ukrainians are a resilient, determined people. We know that they will stand up for their country and their freedom. And we will continue to stand with them. But tonight, our prayers are with an entire nation, young and old, who refuse to let a tyrant use military might to impose his will on Ukraine.” 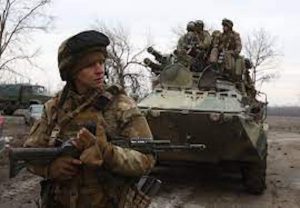 Armored Russian columns have moved into Ukraine, with airstrikes hitting dozens of Ukrainian cities.  Airborne troops have landed at a military airfield on the outskirts of the capital, Kyiv, on Thursday after President Vladimir Putin ordered an offensive which he said was aimed at toppling the government in Kyiv.  The attack has drawn condemnation and new sanctions from the U.S. and its allies.

President Joe Biden has said Russia’s President Vladimir Putin “is the aggressor” and would bear the consequences.  Today’s large-scale invasion of the Ukraine by Russia, its neighbor to the southwest, marks a major escalation of the Russo-Ukrainian War that had been ongoing since 2014. The campaign was preceded by a prolonged Russian military buildup since early 2021, and demands by Russia to legally prohibit Ukraine from joining NATO.

Bayonne Mayor Jimmy Davis this afternoon stated,  “The City of Bayonne joins with freedom-loving people around the world in condemning Russia’s unprovoked and unjustifiable invasion of Ukraine.  The people of Ukraine have a sovereign nation with a democratically elected government.  Ukraine should be allowed to determine its own destiny without Russian interference. We stand by the Ukrainian people at this time of crisis.”

Congressman Albio Sires tweeted, “Putin has once again shown his utter disregard for the sovereignty of the Ukraine. His decision to attack the Ukraine is dangerous and will harm many. We must stand with our allies to protect human rights, international law, and the foundations of democracy.  The US cannot sit by and allow large autocrats to invade their neighbors and infringe on international sovereignty. I am glad to see @POTUS has begun to put sanctions in place to show Putin the consequences of his actions.”

Earlier today President Biden announced a new round of sanctions targeting Russia.  The West and its allies have shown no inclination to send troops into Ukraine — a non-member of NATO — and risk a wider European war, but NATO has reinforced its member states in Eastern Europe as a precaution against an attack on them, too.

The penalties fall in line with the White House’s insistence that it would look to hit Russia’s financial system and Putin’s inner circle, while also imposing export controls that would aim to starve Russia’s industries and military of U.S. semiconductors and other high-tech products.

Biden, for now, is holding off imposing some of the most severe sanctions, which would include cutting Russia out of the SWIFT payment system.   SWIFT allows for the transfers of money from bank to bank around the globe.  Biden has also held off targeting Russia’s energy sector.

“Just five years ago I visited Ukraine to meet with the nation’s leaders to discuss the urgent threats they faced from ongoing Russian aggression. I found a hopeful, resilient people determined to build a free, prosperous nation that is a part of the international community, and I was lifted then as I am now by Ukrainians’ fierce commitment to democratic ideals like liberty and self-determination.

“President Putin’s illegal and unprovoked invasion is putting the lives and livelihoods of millions of people at grave risk. This unjust attack threatens the international rules-based order, which has helped to ensure peace and promote security in Europe. In these dark hours, the United States and our allies will stand with the freedom-loving people of Ukraine who share our most fundamental ideals.

“We will hold Putin and the Kremlin accountable for this outrageous violation of Ukraine’s sovereignty. I strongly support the enactment of broad and severe international sanctions targeting Putin, the Russian economy, and those individuals and entities that are supporting and enabling the Russian military’s invasion. We are united with Ukraine, its people, and our NATO allies in our determination to counter Russia’s aggression and its attack on an independent, democratic nation.”